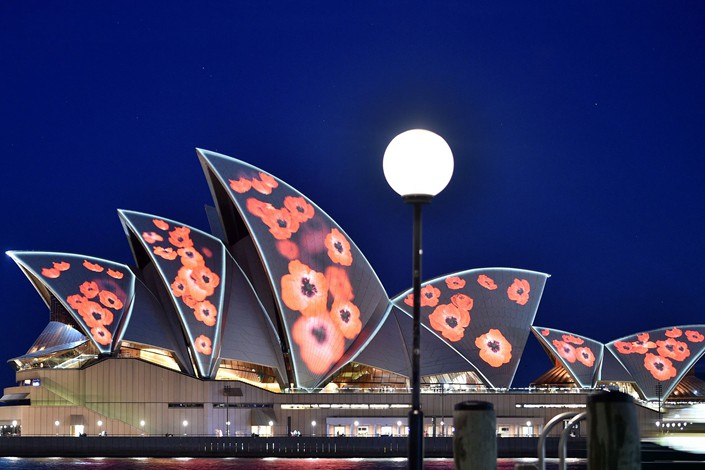 Before the deal was blocked by the U.S., Chinese interior design company Grandland had agreed to buy Permasteelisa, which manufactured the glass curtain wall for the Sydney Opera House, $519.81 million. Photo: VCG

Interior design company Shenzhen Grandland Holdings Group Co. Ltd. announced in a filing with the Shenzhen Stock Exchange that it has cancelled plans to acquire a money-losing Italian construction materials unit after being blocked for security reasons — by the United States.

Grandland had agreed in August last year to purchase Permasteelisa S.p.a. for 467 million euros ($519.81 million) from its Japanese owner, building supplies producer Lixil Group Corp., according to a Grandland filing with the stock exchange on Wednesday (link in Chinese), subject to regulatory approval.

However, last month the Committee on Foreign Investment in the United States (CFIUS) notified the company it would not approve the deal, the filing said. While CFIUS is chaired by the U.S. Secretary of the Treasury and is nominally charged with reviewing the security implications of foreign investments in the U.S., it is unclear why it blocked the Permasteelisa deal.

While the companies vowed to find a workable solution in the aftermath of the CFIUS notice, Grandland announced both it and Lixil had decided to give the deal up in the Wednesday filing.

Permasteelisa designs interiors for a wide range of buildings from airports to museums, as well as glass panels for building exteriors. It reported a loss of 28.6 million euros in its last annual financial statement, with sales in North America accounting for around a third of its annual revenue.

While there is no obvious security risk with the group, Lixil’s chief financial officer told Japanese business magazine Nikkei Asian Review that the “trade war probably had an effect,” with the U.S. increasing scrutiny of Chinese businesses under the Trump administration.

In August, Shenzhen Energy Group Co. Ltd. was forced to scrap a year-old plan to buy three California solar farms in a planned $232 million deal after falling foul of CFIUS. Before that in May, the debt-ridden HNA Group Co. Ltd. abandoned its bid to buy a majority stake in U.S. hedge fund SkyBridge Capital some 15 months after reaching a deal, citing the uncertainty of the approval process.