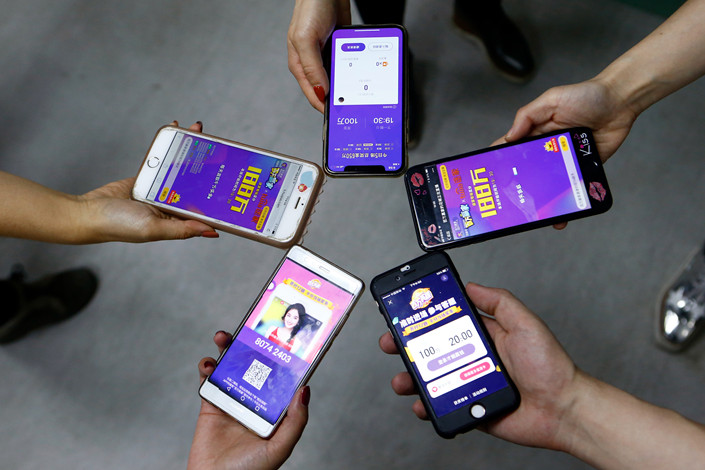 Chinese internet company NetEase Inc. will shutter its livestreaming platform just one year after its launch amid fierce competition in an increasingly consolidated industry.

The app — called “Bohe” which means “mint” in Chinese — will cease to exist on Dec. 31, and users will be unable to access any of the site’s functions from then on, the company said in a statement (link in Chinese) on Monday.

NetEase was a relative latecomer when it launched Bohe in May 2017 in the hope of competing with dozens of similar livestreaming platforms. People from all walks of life use the smartphone-based platforms, which hit the peak of their popularity in 2016, to broadcast themselves doing everything from dancing to playing computer games to eating their lunch. NetEase had hoped the service could become a new source of revenue in addition to its core gaming and email offerings.

The company didn’t give a reason for its decision to close the service. But the move comes as China’s livestreaming sector is increasingly dominated by a small number of platforms that leave little room for newcomers and smaller players.

Since 2017, three key players have cornered the market — Huya, Douyu and Inke — netting a combined active monthly user base of more than 100 million earlier this year.

Huya Inc., founded in 2014 as a business unit of Guangzhou-based YY Inc. and backed by Tencent Holdings Ltd., listed on the New York Stock Exchange this May, raising $180 million. It was followed by Inke Ltd., which debuted in Hong Kong in July and raised around $135 million.

Early this year, Douyu announced it had completed a $630 million exclusive cash deal with Tencent.

With the industry’s popularity has come increasing regulatory scrutiny. In April, China’s Ministry of Culture and Tourism demanded a number of smaller platforms be removed from app stores after they were accused of hosting “inappropriate content,” such as violence, pornography and gambling.

For the latest quarter, Nasdaq-listed NetEase reported revenue of $2.45 billion, with more than half coming from gaming. However, the company has also seen its new e-commerce business pick up steam with the segment’s revenue rising 67% to around $640 million. It currently runs two e-commerce platforms — Kaola and Yanxuan.