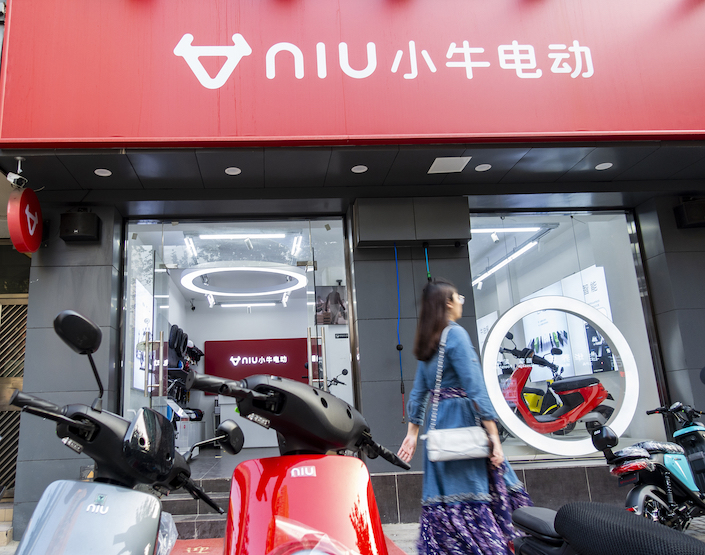 “Chinese consumer brands that are big at home have largely failed to expand overseas — though there are exceptions, such as Huawei and Haier,” said Li Yan, CEO of Niu Technologies, a Beijing-based maker of electric scooters.

The reason? A long-standing perception among consumers — some of it based in fact — that China only produces low-quality, low-priced goods.

Li, who spoke Tuesday at a media event in Beijing, is trying to change this, with smart technology like long-lasting batteries, and a recent listing in New York.

But that listing, on the Nasdaq, underperformed, falling almost 4% on its October debut. Its shares are trading at $8 today, slightly below the $8.65 opening-day price.

Four-year-old Niu had only 769.4 million yuan ($112 million) in revenue last year, but it’s among a group of Chinese startups that are aggressively seeking opportunities in overseas markets. The firm’s share of revenue from overseas sales hit 13% for the first half of this year, Li said.

Outside China, Niu focuses mainly on Europe, but it intends to expand into emerging markets, including Southeast Asia and India. Li hopes 50% of Niu’s sales to come from outside China “in the near future.”