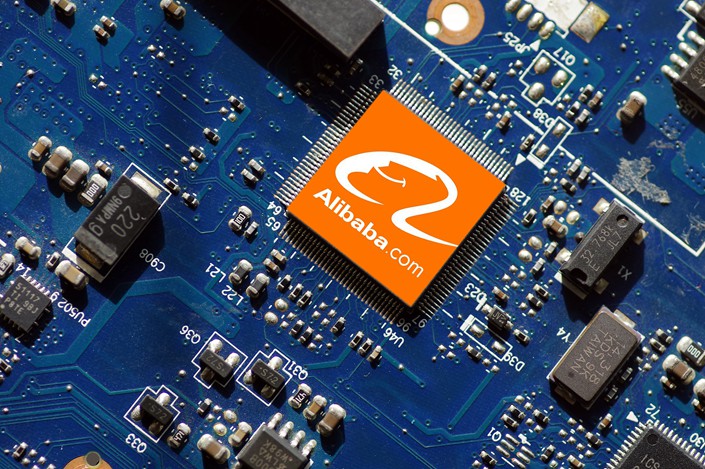 The move, which was first announced in September, reflects a broader desire in China to reduce the nation’s dependence on foreign technology, especially the semiconductors and memory chips that are used in gadgets such as laptops, smartphones, tablets and smart watches.

This dependence was brought into stark focus after the U.S. in April banned domestic companies from selling components to ZTE Corp., forcing the company to temporarily suspend operations. There are also fears that the recent arrest of a top executive from Huawei Technologies Co. Ltd. foreshadows a similar fate for ZTE’s bigger domestic rival.

Alibaba said in September its new chip business will develop artificial intelligence chips for cloud computing and internet-connected devices. It said its advantages in algorithms and data put the company in “a unique position to lead real technology breakthroughs in disruptive areas, such as quantum and chip technology.”

According to the records of the National Enterprise Credit Information Publicity System, a government database for company registrations, Pingtouge Semiconductor Co. was registered on Nov. 7, and is owned by Alibaba affiliate Damo Academy.

But an analyst said Chinese upstarts could face a long road ahead if they want to establish themselves in the chip sector, given the tens of millions of dollars of investment required and the low likelihood of return on investment for several years.

“Semiconductors and internet companies are different in nature,” Gu Wenjun, an analyst with Chinese industry tracker ICWise, told Caixin (link in Chinese) in September. “Online companies can gain quick success by innovating in their business models, but advanced technology is everything to a chipmaker.”

Gu said China’s chip sector may carve out its own niche if companies are committed to research and development for at least a decade.