By Sun Lizhao and Shen Lu 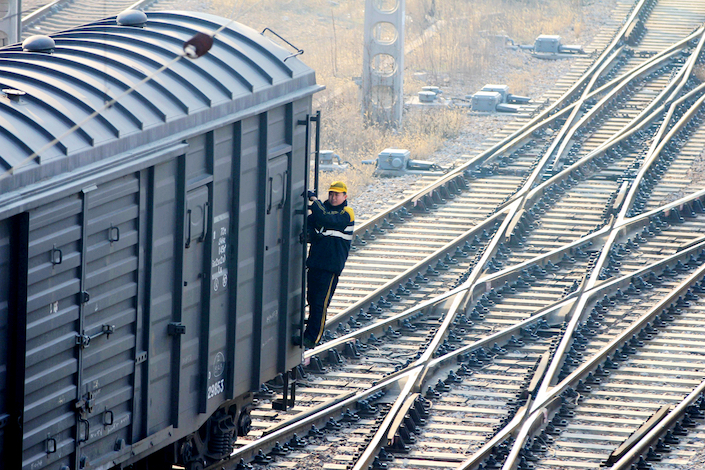 China Railway Corp., the state railway operator, is seeking investors for a cargo transportation subsidiary in a new effort to bring private capital into the closely held railway sector.

China Railway Special Cargo Services Co. Ltd., a subsidiary of CRC, Monday listed a 20% stake for sale on the Shanghai United Assets and Equity Exchange and revealed plans to optimize its shareholding structure for an initial public offering in 2019, according to a company filing.

Investors should meet certain business and financial criteria, and no consortium investors will be considered, according to the filing.

The stake transfer of China Railway Special Cargo is CRC’s latest effort toward a so-called “mixed ownership” reform and attraction of private capital to expand business.

An earlier railway industry development plan released by CRC indicated that auto shipping by rail is expected to increase by 20%-30% annually from 2018 to 2020.

China Railway Special Cargo said in the equity transfer filings that funds raised from the planned IPO will be invested in scaling up the business and acquiring more than 30 logistics stations.

China’s automotive industry is facing its first annual decline this year after two decades of robust growth. But there is still big potential to expand rail shipping of vehicles. In 2017, just 16% of China’s 25 million new cars were shipped from factories by rail.

Major automakers including FAW Group, Dongfeng Motor Corp. and SAIC Motor have signed agreement with CRC over the past year to expand the rail system’s car-shipping services.

According to the shareholding reform and listing rules, China Railway Special Cargo will need to reduce its registered capital to 4 billion yuan from the current 18.4 billion yuan. The company said in a filing that the capital reduction is expected to be completed in January 2019.

As of June 30, the net assets of China Railway Special Cargo totaled about 15.8 billion yuan.

CRC has made several efforts to raise private capital. In August, CRC formed a cargo venture with delivery company SF Express Co. Ltd. to engage in businesses that include cargo services by high-speed rail, as well as product research and design. In June, China’s largest private automaker, Zhejiang Geely Holding Group Co., and Tencent Holdings Ltd. formed a partnership to win the bid for 49% of CRC’s Wi-Fi project, its first equity transfer project.