By Han Wei, An Limin and Zheng Lichun 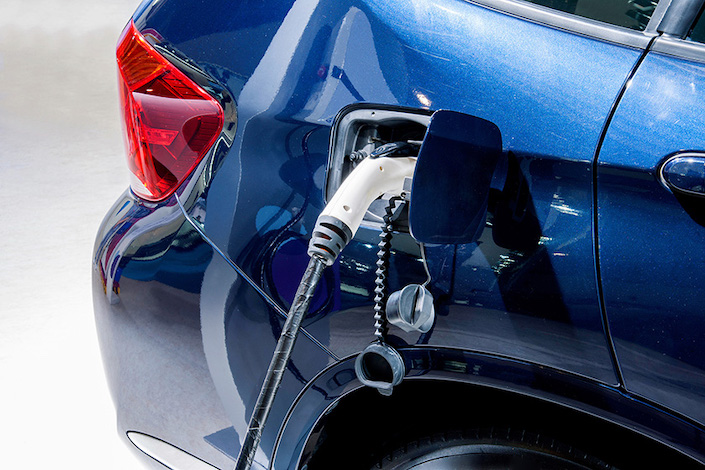 China is expected to see another sluggish year for the auto industry in 2019. Photo: VCG

The National Development and Reform Commission (NDRC) will make it easier for investors to set up new auto manufacturing ventures by streamlining the administrative procedure. But it also listed tougher requirements on new players in an effort to trim excess capacity.

China’s auto industry, the biggest in the world, faces its first contraction this year after decades of robust growth, underscoring concerns about slowing economic growth and the trade war with the United States.

In November, China reported a 13.9% drop in new car sales from a year earlier, the biggest decline since 2012. The China Association of Automobile Manufacturers (CAAM) projected that China's auto market will continue to see sluggish sales in 2019, roughly matching those of 2018.

Drafting of the new rules started early this year as part of China’s overhaul of a decade-old policy framework for auto-industry development, following a central government announcement of a timetable to grant greater access to foreign investment.

Under the revised rules, new investment in the auto industry will no longer be subject to central government approval. Instead, investors can file and register new projects with local provincial authorities, according to the policy document.

But no new independent enterprises that produce only conventional combustion-engine vehicles will be approved under the new rules, reflecting China’s broader shift toward new-energy vehicles (NEVs), or those powered largely by electricity.

The new rule will resume permits for NEV factories following a suspension since June last year amid concerns of an industry glut and controversy over the qualification of some players.

In 2015, China lowered the threshold for new NEV producers in hopes of bolstering the fledgling industry. A total of 16 companies were awarded licenses for NEV manufacturing in the next two years, including some from unrelated industries.

The new rules set tougher requirements for new NEV players. Investors, both domestic and foreign, are required to have a sales record of more than 30,000 electric passenger cars, or 3,000 electric commercial vehicles, or equivalent sales of 3 billion yuan ($435 million) over the previous two years, before being granted a permit for NEV production.

An industry source said such requirements means that new startups can enter the industry only by outsourcing manufacturing to existing automakers or by acquiring an established manufacturer.

The rules also order provincial governments to ensure there is no serious excess capacity in their regions before granting new NEV permits.

The new rules will “strictly control” new capacity of combustion-engine vehicles and “promote an orderly development” of NEVs, the NDRC said in an article on its website (link in Chinese).

Another industry source said the implementation of the new rules will fuel hotter competition among existing startups to meet the production requirements and push weaker players out of the market.