By Chen Mengfan and Shen Lu 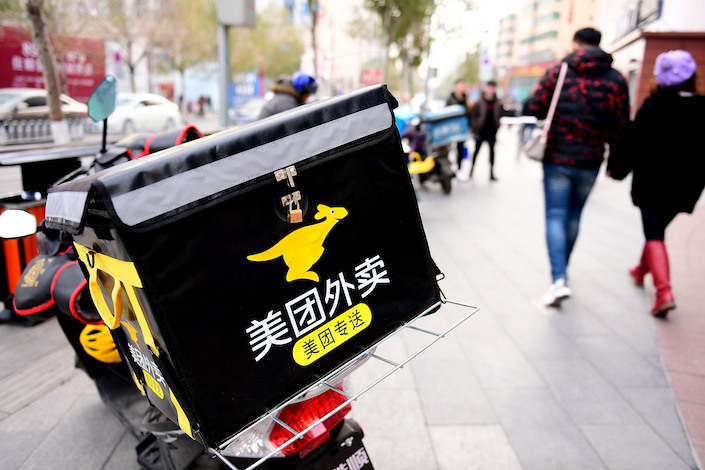 Meituan Dianping, a Chinese online platform offering services from food delivery to ticketing, denied reports that it slashed a large number of workers from the payroll, saying it is engaged in “normal operational restructuring.”

Reports emerged online Wednesday that the Tencent-backed tech giant started large-scale job cuts involving workers in content operations, research and development, and other departments, most of whom were recent graduates.

But Meituan, which went public in September in Hong Kong, said it cut less than 0.5% of its total headcount. That would be around 250 people out of a workforce of 51,207 as reported by Meituan in its latest financial report.

The company did not comment on specific positions or which departments were affected.

The job cuts at Meituan come amid a rising trend of layoffs in China’s internet industry in the second half this year, fueling concerns of a business slowdown in the booming sector. An internet industry headhunter told Caixin that there have been more people seeking jobs in the market since October, but the number of openings has remained unchanged.

"The situation next year will not be optimistic, either," the recruiter said.

In late October, Meituan announced its first round of structural adjustments since its IPO, focusing on food delivery and platform services. The restructuring involved mergers of several departments for business consolidation.

JD.com, China’s second-largest e-commerce company, was also reported to begin a round of layoffs in November as the company battles an ongoing scandal centering on CEO Richard Liu. Liu was accused of raping a Chinese student in the U.S. The company subsequently issued a statement that the job reductions were normal personnel adjustment and optimization.

Zhihu, China’s equivalent to the Quora question-and-answer site in the U.S., let go 100 workers in December. Zhihu said the layoffs were a routine personnel adjustment carried out at the end of each year. Caixin learned that Netease also downsized its AI team to about 140 from 400 in mid-October.

The overall job market has been sluggish since the second half of this year. Tianfeng Securities Co. Ltd. said that the number of recruitment listings on 51job.com, a major Chinese recruitment website, fell by more than 2 million from April to September.

While Meituan’s revenue is still growing, it has not turned profitable. The company said in its first earnings report since its listing that third-quarter revenue was 19.1 billion yuan ($2.8 billion), a 97.2% jump from last year’s figure and a 26.6% increase compared with the previous quarter. Its net loss was 2.5 billion yuan, which was 19 times that of the same quarter a year earlier but narrowed compared with last quarter’s net loss.

Meituan’s current market value is about $32.2 billion. It raised $4.2 billion in its IPO on the Hong Kong stock exchange, pricing each share at HK$69. Its stock closed at HK$45.80 per share on Wednesday, down 34% from the IPO price.