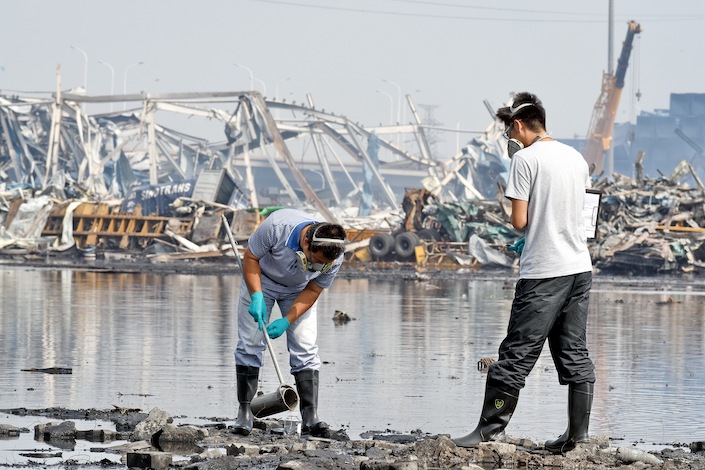 Chinese authorities announced Thursday that 917 people were punished after a two-month round of inspections for failing to implement environmental protection regulations or for related violations.

Members of local party committees and local governments as well as employees of state-owned enterprises were among those punished, according to the Ministry of Ecology and Environment.

The ministry said it had conducted inspections in seven provinces including Tianjin, Shanxi and Hunan in April and May last year. Of the violations they found, around half were related to local officials not implementing rules or performing required inspections, while around a third were related to new decisions that went against laws and regulations.

The city of Dalian in Liaoning province, for example, was found to have illegally reclaimed 2436 hectares (6019.5 acres) of land 2011 to March 2017, including some projects that did not even have the approval of local officials, the ministry said.

The ministry said most of the 917 were faced “party disciplinary actions,”and some were being further investigated.