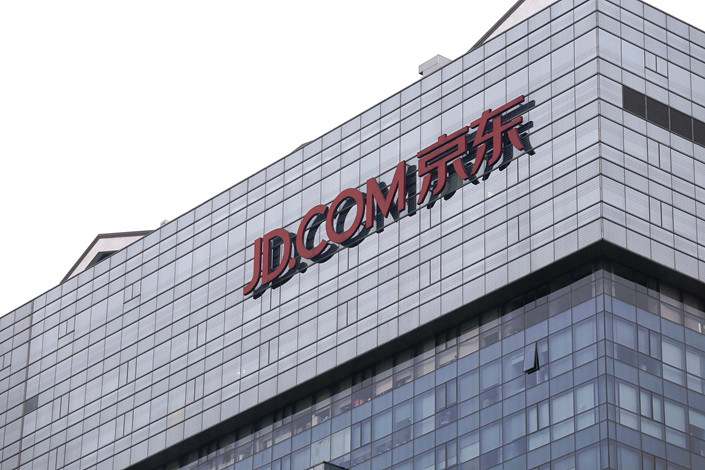 China’s No. 2 e-commerce company JD.com Inc. announced a plan to buy back up to $1 billion worth of its stock, seeking support for its shares that have sagged under the weight of a scandal involving its founder and broader weakness for the country’s internet stocks.

The plan authorized by the company’s board will allow for the purchase of up to $1 billion worth of its Nasdaq-listed shares over the next 12 months, it said in a statement on Wednesday. JD shares rallied 6.8% in New York trading after the announcement, amid a broader rally that saw the tech-heavy Nasdaq rise 5.8%, its best single-day gain in nearly a decade.

As its shares sagged, Tencent launched its first stock buyback in four years in September. Alibaba also announced its own share repurchase program worth up to $6 billion about a year and a half ago.

Unlike Alibaba and Tencent, JD.com’s situation has been complicated by its inability to earn consistent profits despite its status as China’s No. 2 e-commerce player and its strong global partnerships with U.S. retailing giant Walmart and internet leader Google. The company also landed in negative headlines in early September when its founder and CEO Richard Liu was accused by a student of rape while he was attending a short-term training course in the U.S. state of Minnesota.

JD.com’s shares dropped more than 15% in the days after that scandal broke, and have now lost about a third of their value since that time. The shares bounced back briefly last week after the U.S.-based prosecutor reviewing the case decided not to press charges, citing “profound evidentiary problems.” But the stock quickly gave back most of the gains in the days after that.

Last week the company also announced a major overhaul of its internal structure to better serve its “customer centric” strategy.