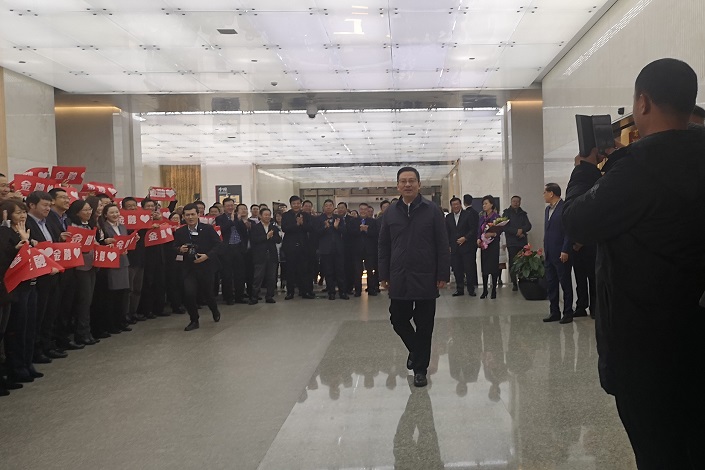 The outgoing president of chemicals giant Sinochem Group, Zhang Wei, has been appointed to take the helm of China National Petroleum Corp. (CNPC).

In an announcement on Saturday (link in Chinese), China’s largest state-owned oil and natural gas producer said its next president would be 50-year-old Zhang, who has worked at Sinochem Group Co. Ltd. for more than two decades. No date was given for Zhang to commence his tenure.

CNPC has been headless since last month when previous president Zhang Jianhua was named head of the National Energy Administration, the government department which makes energy policy.

Zhang joined Sinochem Group in 1995 as a freshly minted biochemical graduate from the prestigious Tsinghua University. He worked up the ranks to take the helm at a number of the group’s subsidiaries including Hong Kong-listed Sinofert Holdings Ltd. and Shenzhen-listed Sinochem International Corp. In late 2016, Zhang was elevated to president of Sinochem Group.

Sinochem was founded in 1950 while its chief rival China National Chemical Corp. (ChemChina) was established in 2004.

This fueled speculation that the state-owned chemical giants would be merged into a single titan with operations spanning the globe and an annual revenue exceeding $100 billion.

In July, a government agency responsible for overseeing China’s largest state-owned enterprises announced Sinochem chairman Ning Gaoning would be named to preside over ChemChina, as its long-serving chairman Ren Jianxin would retire.

CNPC mainly engages in the exploration, development, production and sale of crude oil and natural gas. The group reported revenue of 3.9 trillion yuan last year. In March it held assets worth 4 trillion yuan.