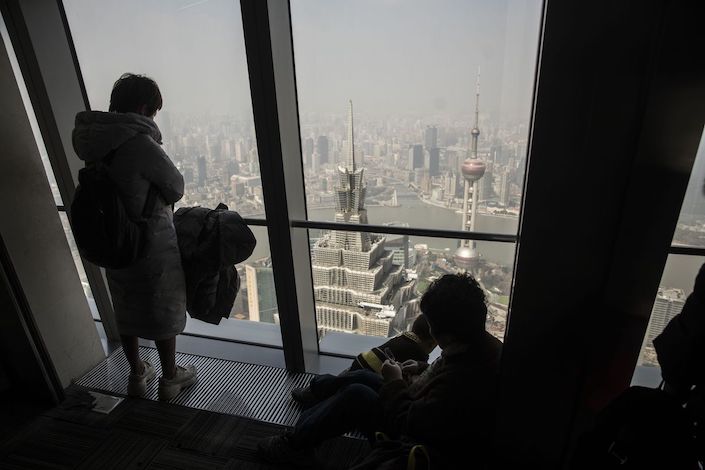 With all eyes focused on crucial China-U.S. trade talks, it’s easy to forget that the performance of the world’s second-biggest economy will also be determined by other key drivers this year.

That point was hammered home Wednesday when the Caixin Manufacturing PMI for December slid to 49.7, the lowest since May 2017. While external demand was weighed by trade frictions, there was an even more marked weakening in domestic demand, Zhong Zhengsheng, director of macroeconomic analysis at CEBM Group, said in the Caixin report.

The following are five key areas beyond the trade war to watch in 2019:

How China tweaks property policies is crucial to when its economy bottoms, says Lu Ting, chief China economist at Nomura International Ltd. in Hong Kong. Because policies such as restrictions on home purchases, sales and prices are entrenched, the risk is measures to support the sector are eased too slowly, he says.

“Beijing will eventually ease many of the tightening measures in large cities during or after spring 2019,” says Lu. “It is only after this that growth can rebound.”

With retails sales growth weakening in recent months, former Goldman Sachs Group Inc. chief economist Jim O’Neill says how consumer spending performs this year is crucial. For much of this decade, consumption has become more important relative to other sectors of the economy, a key thing for China’s and global rebalancing, said O’Neill.

“For all China’s challenges, they all pale in significance compared to the importance of their consumer,” he says. “Any future stimulus should be aimed at supporting the Chinese consumer.”

The single thing to watch is the level of conviction put into reforms at a time of complicated geopolitics and when the economy needs support from stimulus, said Karine Hirn, a partner at East Capital in Hong Kong.

“So far the government has been resolute, and this is the reason why some headline numbers have been quite weak and the markets have underperformed,” she said. “How long will it last? We all know that big problems require big solutions, and the later solutions are put in place the bigger the problems get.”

That’s the new buzz phrase in China. The extent to which policy makers take concrete steps to flesh out the idea of ensuring a level playing field between state-owned and private firms is pivotal this year, says Frederic Neumann, co-head of Asian economics research at HSBC Holdings Plc in Hong Kong. If there’s progress in areas including regulation and access to funding, it will boost business confidence and also ease tensions with trading partners, he said.

The most important thing to watch is the trajectory of growth itself, says Peking University professor Michael Pettis. Unless expansion falls below the psychologically important six percent line, China can’t rein in debt, says Pettis, the former head of emerging markets at Bear Stearns Cos. If by the end of 2019, growth breaks below 6 percent even for a quarter, policy makers will likely have the upper hand in gaining control of debt, he says.