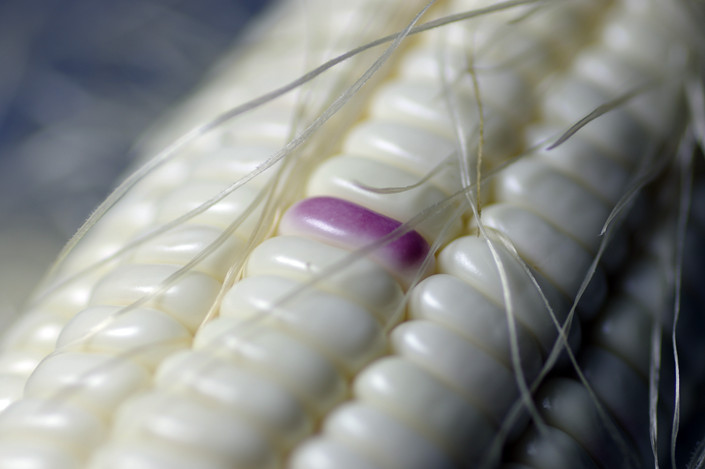 More than two years after a major crackdown on illegally planted genetically modified (GM) corn in Northwest China’s Shaanxi province, the full extent of the modified corn seeds’ spread is still being revealed, Caixin has learned.

In August 2016, local government officials in Jingbian county in the Shaanxi city of Yulin discovered that farmers in the area had been planting GM corn without government approval. More than 500 acres of cornfields were destroyed after seed samples from the fields tested positive for genetic modification.

While China does import genetically modified corn and soybeans — mostly for use in animal feed — it’s illegal for farmers to plant GM corn crops in the country. Widespread public distrust of genetically modified food has put pressure on the Chinese government to impose strict restrictions on domestic planting, even as it attempts to reassure consumers that the crops are safe for human consumption.

Seed salesperson Liu Zhenguo was detained in connection to the Shaanxi case and later sentenced to 14 months in prison and fined 70,000 yuan ($10,196) for selling seeds without a license.

By the end of August 2016, local officials said they had completed a comprehensive countywide inspection and destroyed all corn seeds found to be genetically modified.

But more corn seeds connected with the case kept appearing.

Caixin learned in October that 26 metric tons of GM corn seeds, worth a total of 168,000 yuan, were found in early 2017 the home of a man surnamed Zhou, who had helped to distribute genetically modified parent plants obtained from Liu.

Recently released court documents seen by Caixin showed that an additional 19 metric tons of GM seeds were found in the home of Zhang Yongdong, a man hired by Liu to distribute the GM corn seeds to farmers in Jingbian, around the same time.

The Shaanxi case is one of multiple examples of GM crop regulations being violated in China in recent years. In July, Shenzhen-listed company Shandong Denghai Seeds Co. Ltd admitted it had illegally sold GM corn seeds to farmers in Northwest China, while a Greenpeace report in 2016 said that 93% of corn produced in the northeastern province of Liaoning was genetically modified.

Consumers have serious concerns about the issue, with 46.7% of Chinese respondents to a survey published in Nature last year expressing a negative view towards GM food.

This distrust has even sparked disputes between state-run publications over the safety of GM food, despite the central government’s frequently reiterated stance that only GM foods found to be safe are approved for sale to consumers.

In December, China’s agriculture ministry was pushed to deny that it gives its staff special treatment after media reports suggested that the ministry’s cafeteria avoided serving GM food.