By Peng Qinqin and Jason Tan 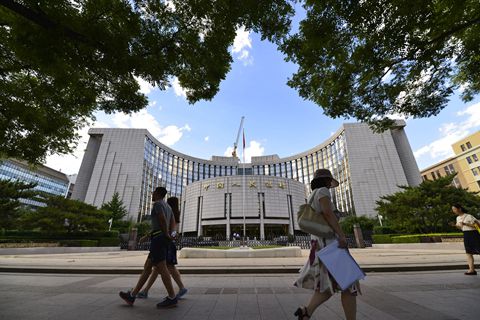 China is expected to further liberalize the way that domestic interest rates are set this year, allowing financial institutions to choose interest rates for their loans and deposits that are more in line with market trends and their own financial goals instead of tying them to the official benchmark rates set by the central bank.

This is the message conveyed after a work conference of the People's Bank of China (PBOC) on Friday, after which it also announced that it would cut the reserve requirement ratio, or the amount of money that banks have to hold in reserves, by one percentage point to ensure that banks had an ample supply of money to lend ahead of the Lunar New Year holidays.

The PBOC said it would not alter its current “neutral” monetary policy stance. It said it will keep policy "neither too tight nor too loose,” while maintaining a “reasonably ample” supply of market liquidity and “reasonably stable” interest rates.

In December, the PBOC launched the targeted medium-term lending facility (TMLF), which offers credit at preferential interest rates to major commercial banks specifically to lend to private and small businesses.

Banking industry sources told Caixin that to narrow the gap between official benchmark interest rates and the market rates, the PBOC should give banks more space to decide for themselves what the proper deposit and loans rates should be.

The government “deleveraging” campaign to reduce excess debt and risky lending has sought to clamp down on such wealth management products and push banks to rely more for their profits on traditional, on-balance-sheet lending.