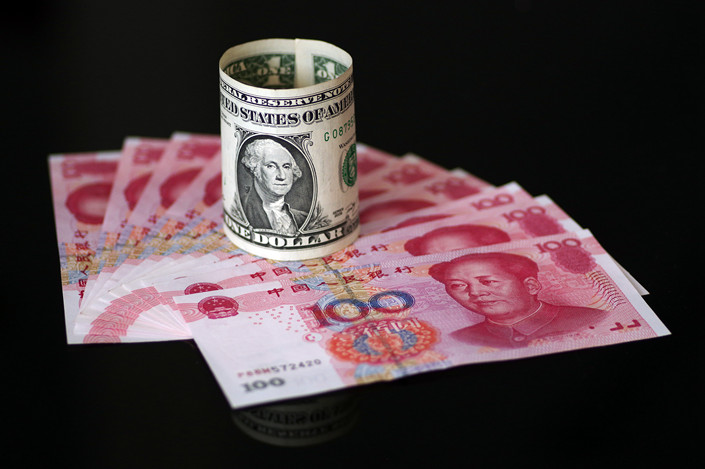 Many of the U.S. deals recorded were actually Chinese companies divesting their U.S. assets, as they looked to comply with stricter investment regulations in China, the report said. Photo: VCG

Chinese foreign direct investment (FDI) in North America and Europe plummeted by 73% last year to $30 billion as tighter investment screening both in China and target countries stymied the breadth and ambition of deals.

The figure is a six-year-low and comes amid heightened trade tensions between the U.S. and China, as well as growing concern among a number of European states about allegedly state-linked Chinese firm’s access to both critical infrastructure and high-tech technology.

Investment in the U.S. suffered the largest decline, falling $8.4 billion overall, according to a new analysis released by law firm Baker McKenzie and research company Rhodium Group. While the U.K. continues to be the top recipient of Chinese FDI overall, it also slid by 76% to $4.94 billion.

Many of the U.S. deals recorded were actually Chinese companies divesting their U.S. assets, as they looked to comply with stricter investment regulations in China, the report said. Chinese companies sold $13 billion in U.S. assets, largely in the real estate, hospitality and entertainment sectors. If divestments are discounted, Chinese FDI in the U.S. would have been -$5.5 billion last year.

The U.S. has tightened its investment review process through the Committee on Foreign Investment in the United States (CFIUS), a body that is chaired by the U.S. Secretary of the Treasury and is nominally charged with reviewing the security implications of foreign investments in the U.S.

CFIUS has increased its scope over the last year. In August a Chinese solar group’s effort to purchase three solar farms in California for $232 million was blocked. In May debt-ridden HNA Group Co. Ltd. abandoned its bid to buy a majority stake in U.S. hedge fund SkyBridge Capital some 15 months after reaching a deal, citing the uncertainty of the approval process, among others. In January, Ant Financial Services Group, the financial affiliate of e-commerce giant Alibaba Group Holding Ltd., also had to scrap its $1.2 billion plan to buy U.S. money transfer specialist MoneyGram International Inc. in January after failing to get CFIUS approval.


A former U.S. Treasury Department employee who follows the issue told Caixin, “it is fairly clear that the U.S. has become increasingly concerned with Chinese direct investment into critical infrastructure, critical technology and sensitive personal data that could have an impact on national security, particularly if the buyer is backed in any significant way by the Chinese government.

“These concerns were embodied in the recent legislation passed to update CFIUS. Although they were not specifically targeted at China — clearly the motivating factor was China,” he added.

Similar tightening has occurred in Europe, with Germany increasingly anxious about Chinese takeovers of advanced robotics firms, the U.K. expressing concerns over Huawei Technologies’ prominent position in the country’s phone network, and France, Hungary and Italy among the other countries tightening their investment review mechanisms.

“Some deals are still getting done despite new investment screening regulations, trade tensions and Chinese investment controls,” said Michael DeFranco, global head of mergers and acquisitions at Baker McKenzie. “But all parties in a prospective transaction need to conduct plenty of due diligence and take in-depth regulatory advice to assess if a deal is viable.”