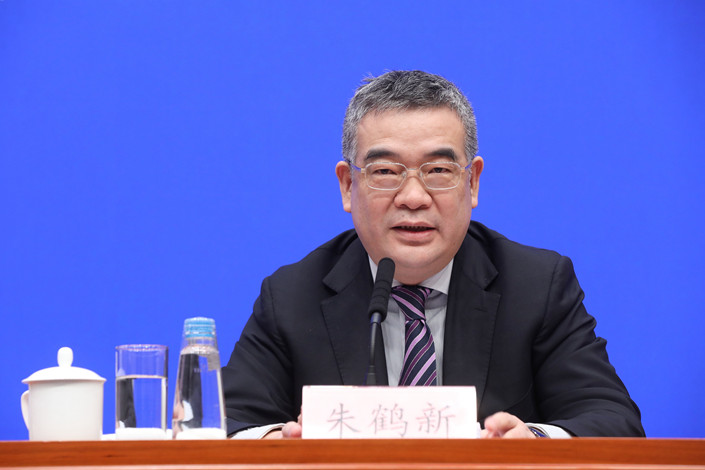 China’s central bank will conduct research on future monetary policy measures based on the assessment of existing ones, Zhu Hexin, a deputy governor of the People’s Bank of China (PBOC), said Tuesday when asked under what circumstances the monetary authority would cut its benchmark interest rates.

Zhu’s speech — which didn’t directly answer the question, but could imply an interest rate cut could happen if current policies are not enough to stop the economy worsening further — comes as economists and domestic companies have high hopes for more easing policies, as the world’s second-largest economy has been plagued by sluggish growth and a trade war with the U.S.

Looking ahead, the PBOC has highlighted prudent monetary policy as key to its work this year. On the one hand, growth in total social financing and M2, two broad measurements of money supply, should be roughly matched with growth in nominal gross domestic product (GDP), so as to provide sufficient financial support for the real economy, Zhu said at a press conference (link in Chinese). The central bank won’t “flood” the economy, he added. On the other hand, the PBOC will make full use of structural monetary policy to direct liquidity to target sectors such as private and small businesses.

The PBOC will also make more efforts to improve the monetary transmission mechanism, Zhu said. It will encourage commercial banks to lend more by allowing them to replenish capital through the issuance of perpetual bonds, a type of security that doesn’t have a fixed maturity and could make interest payments to investors forever if needed.

So far, the central bank has introduced quantitative measures including cuts to banks’ reserve requirement ratio (RRR) to ensure sufficient liquidity, and made multiple efforts to support weak links and key sectors, he said.

Following the four targeted RRR cuts last year, the PBOC announced a 100-basis-point RRR cut this month, which will result in a net injection of around 800 billion yuan into the financial system. In addition, Beijing has been cutting taxes and fees, and increasing investment to bolster the economy.

China is scheduled to release on Jan. 21 a slew of economic data including the GDP growth rate for last year. Analysts widely expect this growth rate to have slowed notably from 6.9% in 2017.