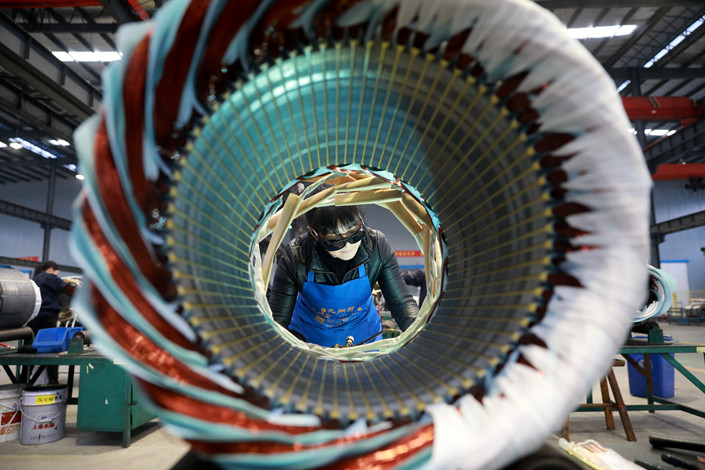 *Controlling risks from state-owned enterprises’ investments will be one of the main jobs of the sector’s supervisor this year, it said in a Wednesday statement

*Specifically, it would ensure that companies trade only in derivatives for hedging purposes, and do not engage in speculation

Heading off risks from SOEs’ investments will be one of this year’s key tasks for the State-owned Assets Supervision and Administration Commission (SASAC), the commission said in a statement Wednesday.

Specifically, SASAC plans to clamp down this year on SOEs’ new financial investments. It also wants to ensure that the companies only trade in derivatives, such as futures, for hedging purposes, not speculation, according to the Economic Information Daily, a newspaper backed by the state-owned Xinhua News Agency.

This month, China Petroleum & Chemical Corp., better known as Sinopec, acknowledged that its wholly-owned trading unit Unipec had suffered losses trading oil following a plunge in crude prices. It did not disclose the extent of the losses. Unipec sources said at the time that an investigation was underway into the risk management flaws in the company’s hedging operations.

Unipec trades about 2.2 billion barrels of oil every year, 60% of which are imported into China, according to the company. That accounts for about 43% of China’s total annual crude oil imports.

The confirmation of Unipec’s losses has rattled investors. Sinopec’s shares in Hong Kong and Shanghai plunged after it acknowledged the losses in a filing to the Hong Kong Stock Exchange in January.

SASAC also said it would “explore launching a classified management and registration system for SOEs’ financial business and fund investments,” as well as “a risk control mechanism for both parent companies and their financial subsidiaries.”

SASAC also announced other priorities for SOEs this year such as stepping up efforts to promote technological innovation and high-quality growth, guiding the companies to focus on their core businesses and deepen supply-side reform, pushing for improvements in corporate governance and management, and enhancing the efficiency of regulation to tackle key problems.