Caixin Explains: Why the Back Door to China's Stock Markets Is So Attractive

By Tang Ziyi and Ke Baili 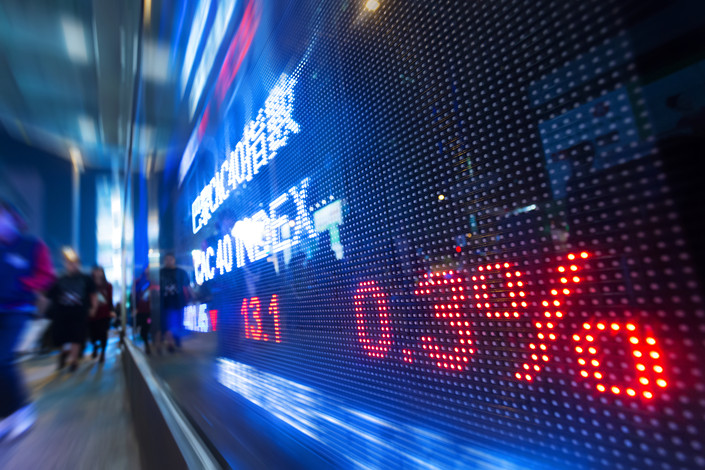 Going public on a stock exchange can allow a company to raise money quickly from a broad pool of investors, as well as gain a stamp of recognition. Most companies do so via initial public offerings (IPOs), which, if well-hyped, can be extremely lucrative. Foxconn Industrial Internet, a unit of the world's largest contract electronics manufacturer that assembles Apple's iPhones, raised 27 billion yuan ($4.3 billion) in its IPO in Shanghai in the summer of 2018, with the stock nearly 1,300 times oversubscribed. Most IPOs in the Chinese Mainland, however, where regulators hold tight control over which companies can list, can be time-consuming and unpredictable. Many Chinese tech companies prefer to float in the U.S. or Hong Kong instead.

Another option is backdoor listings, also known as reverse takeovers, reverse mergers, or “借壳上市” (jièké shàngshì). Literally, this means a company borrows a “shell” to go public. Instead of going through an IPO process itself, a company will just buy a public company that’s already done all the hard work. It can then merge with this “shell” company, give it a new name, and voilà — it can raise capital on the stock market. For instance, state-owned BAIC Group’s electric-car unit started publicly trading in September via a shell company which BAIC had bought the previous year. Share prices for the freshly named and fleshed-out shell can shoot up during a backdoor listing, although, in BAIC’s case, the stock tanked instead.

For a backdoor listing to work, you first need to find a shell. Demand for shells means that the public status of a struggling listed company — and the potential access to a huge pool of investors’ cash that this entails — might be one of the few valuable assets it has left. Speculators can take advantage of this by treating such companies less like investments and more like commodities which can be bought and sold until they are used, much to regulators’ annoyance. China’s delisting rules, which until recently were extremely lax, also meant few firms ever got booted off exchanges, so weak performers could just linger until they gained value as a shell for another company.

To increase the “quality” of listed companies, the government is intensifying its scrutiny of how companies go public — by the front door or the back. Regulators have condemned risky speculation on shell companies, and the numbers of backdoor listings in China’s markets peaked around 2014 and 2015. A registration-based IPO system like that of the U.S., which could greatly simplify the process and so reduce the demand for shell companies, is still likely far off, although a proposed technology and innovation board in Shanghai will use one. And much tougher delisting rules that were brought in in 2018, in theory, could help clear out companies that are only really worth anything as shells.

But the bruising stock market slump that began last year shows how government priorities can change. Regulators announced in November that they would encourage mergers that helped cash-strapped listed companies. A surge in interest in struggling companies that might have benefited as prospective shells followed, with some strange outcomes — one scandal-hit firm which had fabricated data on vaccines for infants actually saw its shares rise by the daily limit for 6 days in a row. An observer from an investment bank, writing for Caixin, noted that well-meaning government policies like this are just hijacking efforts to improve the pricing system for China’s stock markets. In the long run, without making China’s IPO process much simpler and, by doing so, reducing the relative demand for shell companies, the sometimes perverse situation where a company's lack of intrinsic worth can make it an attractive stock may well continue.