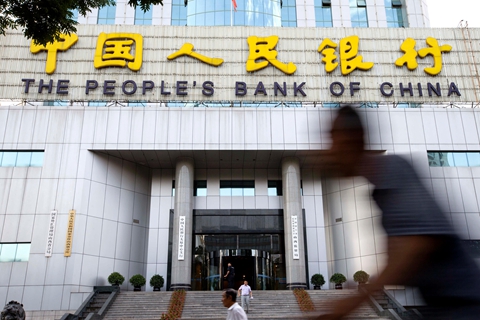 The 560 billion yuan net injection is the highest ever recorded for a single day.

“At the peak of the tax season, the total liquidity of the banking system is falling rapidly,” the central bank said in a statement.

Chinese authorities have taken a raft of measures since last year, including expanding infrastructure spending, cutting taxes and reducing bank reserve requirements, to bolster an economy suffering from slowing growth amid a trade war with the U.S.

Wednesday’s injection came after the central bank announced cuts in banks’ reserve ratios earlier this month, which will free up a total of $116 billion for new bank lending.