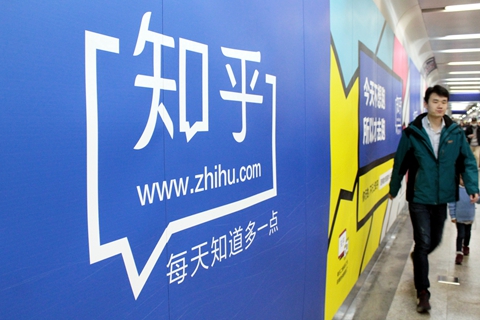 Zhihu terminated about 100 people in December amid a wave of job cuts by Chinese tech companies. Photo: VCG

Sun Yu started his career in the internet industry with high hopes a few months ago, but surprise changes in the industry suddenly dashed his dreams before the year was out.

Sun chose Zhihu, China’s version of the American website Quora, in September from several tech-company job offers. The growth of Zhihu’s online question-and-answer community looked unstoppable after the June launch of an aggressive campaign of TV commercials and subway ads quickly expanded the user base during the World Cup.

Founded in 2010, Zhihu operates a knowledge-sharing platform where users can ask questions and get responses from other users. The company had 220 million registered users by November, up from 180 million at the end of June, and featured more than 100 million questions and answers.

In the first three months after Sun started at Zhihu, everything seemed to be expanding. New-hires lined up to join, and training for new employees took place every week. But as the end of the year approached, Sun began to worry as the effects of the marketing campaign faded and Zhihu’s new-user growth lost steam.

Zhihu’s positioning turned out to be a handicap, industry analysts said. The company started as a small, online community popular among internet opinion leaders. It has long targeted its services for highly educated users in big cities, making it more difficult to expand the user base quickly, analysts said.

The company has tried to commercialize its platform through the sale of advertisements and by offering knowledge products such as paid online shows and online courses. According to Zhihu’s financing documents, the company’s advertising revenue grew 340% year-on-year in the first half of 2018 while offering more than 15,000 paid knowledge products.

But according to Sun, advertising is still the main source of Zhihu’s revenue, and the business-of-knowledge products are moving slowly. Target users of internet communities like Zhihu are a relatively smaller, stable group of people, an internet industry investor said.

Advertising sales for Chinese internet companies including Zhihu have grown at a slower pace since the second half 2018 as the world’s second-largest economy cooled, forcing businesses to tighten spending. Some tech leaders have forecast bitter days. Weibo, China’s Twitter-like microblogging platform, reported slower growth in revenue from advertising for small and medium companies in the third quarter, although the company’s total revenue surged to a new high.

Wang Gaofei, Weibo’s CEO, said some big advertising clients, including those from the auto industry, have started to reduce marketing budgets. Wang said clients from the tourism industry joined in the budget-cutting in the fourth quarter, adding pressures on internet companies’ revenue growth.

Compared with big companies, small players like Zhihu have less room to maneuver in the face of weakening advertising revenue. Most of them turned to job cuts to reduce costs. Since November, Sun said Zhihu suspended routine new-employee training. In December, news of layoffs emerged.

Sun received his departure notice from the human resources department in mid-December. The same day, he found that at least 20 colleagues left from the company’s internal messaging group.

Caixin learned that Zhihu terminated around 100 people between Dec. 10 and 14. The company said it was a normal operational adjustments at year end. But Sun said he was told the annual personnel adjustment the previous year affected only two people.

This is the second in a series of reports on China’s tech industry this week by Caixin. For previous reporting, click here.