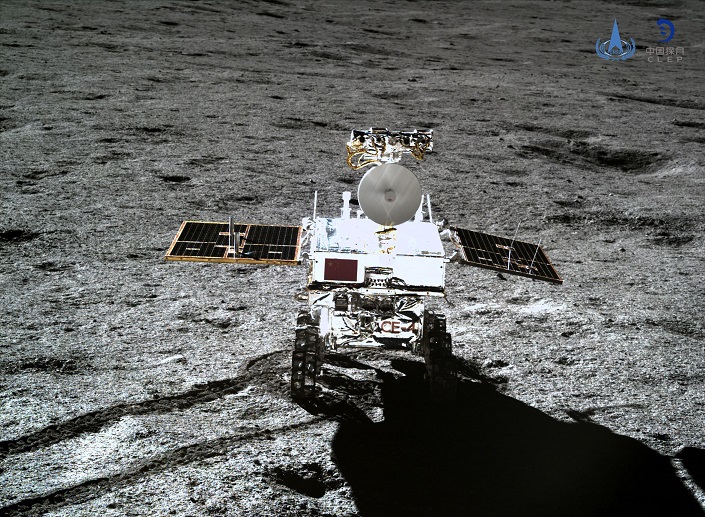 Chinese spacecraft Chang’e 4 made history when it became the first manmade vessel to land on the far side of the moon earlier this month.

Now, its feat has been recorded for posterity — as tiny bright speck on a photograph by rival space program NASA’s Lunar Reconnaissance Orbiter.

Chang’e 4, part of China’s ambitious plan to become a major space power by 2030, is composed of two parts: a lander, which powered the journey to the moon, and a rover, which detached from the lander after impact to explore the moon’s surface.

"Because LRO was 330 kilometers (205 miles) to the east of the landing site, the Chang'e 4 lander is only about two pixels across," said NASA members in a statement released on Thursday. In the photograph, the lander can be seen at its landing site in the Moon’s Von Kármán crater. Chang'e 4's rover is too small to be detectable.

Related: Five Things to Know About China’s Bid to Land on the Far Side of the Moon