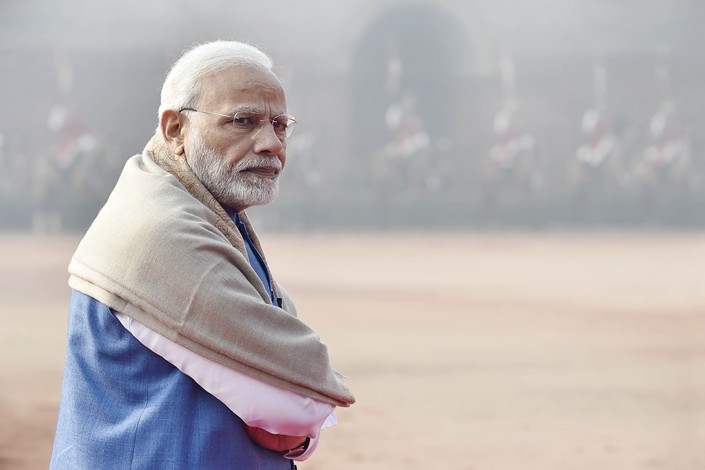 “The Chinese government has never recognized the so-called ‘Arunachal Pradesh’ and is firmly opposed to the Indian leader’s visit to the East Section of the China-India boundary,” China’s Foreign Ministry spokeswoman Hua Chunying said in a statement (link in Chinese) over the weekend.

Shortly afterwards, the Indian Ministry of External Affairs hit back. “The State of Arunachal Pradesh is an integral and inalienable part of India,” the statement read. “This consistent position has been conveyed to the Chinese side on several occasions.”

Modi was visiting the region as part of a two-day tour. He laid a foundation stone for a new airport development near what India calls the state capital Itanagar and inaugurated other infrastructure development schemes in the area.

India calls Arunachal Pradesh a state, but China claims a large part of it as southern Tibet. The two countries went to war over the region for a month in 1962, which ended in a ceasefire. Tensions flared in a 73-day standoff in the summer of 2017 when the Chinese military attempted to construct a road in the Doklam region, a territory claimed by both China and Bhutan, an Indian military ally.

Dr. Selina Ho of the Lee Kuan Yew School of Public Policy at the National University of Singapore put Modi’s visit down to domestic purposes. With tough national and regional elections coming up in just a few months, the prime minister was merely putting on a show: “He wants to appear to be standing up to China — local politicians and activists in the northeast have criticized the Indian central government for being weak on China,” Ho told Caixin.

The infrastructure on the Indian side of the border is inadequate, with the few roads in place in need of upgrading. By contrast, the Chinese have been speedy in developing infrastructure, including major roads, along the border. Last December, the Indian parliament approved a massive program to upgrade infrastructure along the frontier, particularly in the disputed area.

Additionally, infrastructure development is expected to be “a big part of the electoral platform for the northeastern states,” Ho said.

Prime Minister Modi and President Xi Jinping met four times in 2018, with the last meeting occurring on the sidelines of the G-20 summit in Argentina, in an attempt to thaw relations. However, the relationship still has a way to go to resolve differences.

“I think that there has been too much emphasis on the ‘thaw’ in China-India relations,” said Ho. “The structural problems will persist and they will not go away, hence the long-term trajectory is not a positive one.”

In September, both sides threatened to become involved if the other intervened in a political crisis in the Maldives, which recently elected a new president that has not continued the previous leader’s pro-Beijing stance. Indian media late last year bristled at an announcement that China’s military would help Pakistan build attack and reconnaissance drones.

India and China, the world’s two most populous nations, have historically had a chilly relationship, but Ho did not expect that Modi’s latest visit would have any major risk of escalation.

“China will want to wait out the Indian general election and see if Modi gets back into power,” she said, pointing out that pundits say Modi’s victory is far from assured. “China has traced India’s more aggressive foreign policy posture to Modi coming into power.”