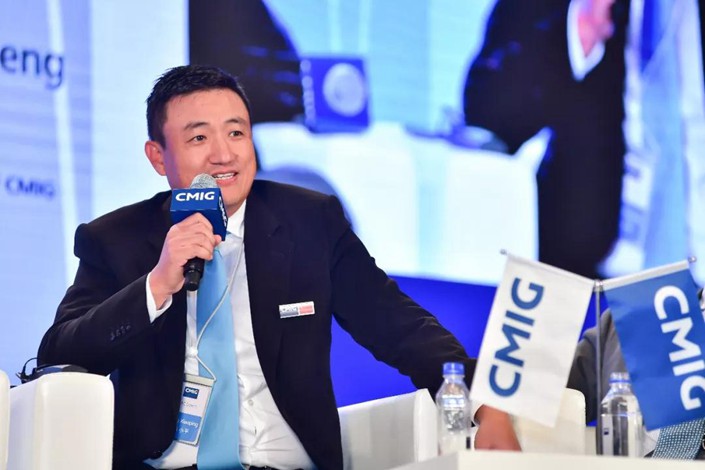 One of China’s largest private investment groups has chosen a vice chair of a deep-pocketed Thai conglomerate as its co-chairman, as the cash-strapped company has been on the hunt for new shareholders.

The cash-strapped group, which is in danger of defaulting on its debts, has been seeking new investors to take over part of its stake from existing shareholders, people familiar with the matter told Caixin. Charoen Pokphand, as well as big Chinese state-owned enterprise Citic Group Corp., are among CMIG’s list of potential new investors, they said on condition of anonymity.

CMIG’s bonds have recently suffered a sell-off as investor jitters build amid its deepening liquidity squeeze. The group has been heavily dependent on short-term bank loans and bond issuances to fund its investments. But the business model has come under mounting pressure as regulators have tightened scrutiny over the financial sector to control leverage and contain risks, which has left CMIG struggling to refinance its debts.

Charoen Pokphand, also known as Chia Tai Group on the Chinese mainland, is owned by Dhanin Chearavanont’s family, which ranked at the top of the 2018 Forbes Thailand Rich list. The big multinational corporation operates retail, telecom, property and finance businesses.

Yang has served on the boards of several big Chinese companies of which Charoen Pokphand has become a major shareholder. After the Thai giant became the largest shareholder of Ping An Insurance (Group) Co. of China Ltd. in 2013, Yang became a nonexecutive director of the financial titan. After Charoen Pokphand purchased a stake in Citic Ltd. through a joint venture with Japan-based trading company Itochu Corp. in 2015, Yang has become a nonexecutive director of the Hong Kong-listed subsidiary of Citic Group.

Yang, 54, once studied in Japan after gaining a bachelor’s degree in 1986 from an engineering college in the southeastern Chinese province of Jiangxi. In 1989, he went to work for Tokyo-based food company Warabeya Nichiyo Holdings Co. Ltd., where he stayed for 11 years. He joined Charoen Pokphand in 2000.

Yang has been a director on CMIG’s board since it was established in May 2014. With registered capital of 50 billion yuan ($7.36 billion), CMIG is owned by 59 private Chinese companies, including Shanghai-based Zhongtai Trust Co. Ltd., which is controlled by Tomorrow Holdings Ltd. One of China’s most secretive financial conglomerates, Tomorrow Holdings has been involved in multiple high-profile acquisitions in recent years, including Charoen Pokphand’s purchase of a stake in Ping An.

CMIG’s current chair of the board, Li Huaizhen, replaced his predecessor Dong Wenbiao in October. Dong remains on CMIG’s board. He used to be president of China Minsheng Banking Corp. Ltd., a large joint-stock commercial bank.