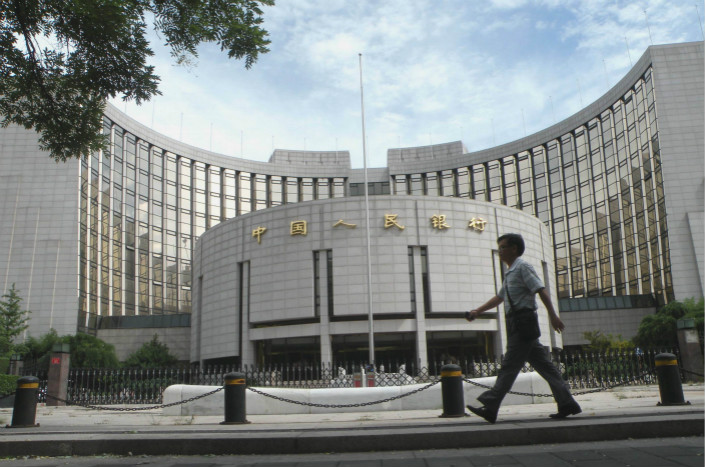 The central bank has been reluctant to cut interest rates despite rising market speculation. Photo: VCG

China’s central bank said it considers the country’s interest rates to be at a relatively low level amid rising financing costs abroad, pushing back against market expectations of an imminent cut in benchmark rates.

“China’s current interest rates are higher than those of developed countries but lower than those of developing countries and other BRICS nations,” researchers at the PBOC’s Shanghai branch said in the report, referring to the emerging economies of Brazil, Russia, India, China and South Africa. China’s rates are “generally compatible with financial and economic development, or even low,” the researchers found.

China has taken a series of steps to encourage credit growth and reduce borrowing costs in an effort to bolster the cooling economy, including five cuts of banks’ reserve requirement ratio since last year. Market expectations have risen that China would turn to more powerful moves to cut benchmark interest rates, but the central bank has been reluctant to make such a move. China hasn’t changed its benchmark rates since 2015.

The report found that China’s market rates are lower than those in Brazil, Mexico and Russia. At the same time, actual rates in big Chinese cities such as Beijing, Shanghai and Shenzhen are lower than the national average, according to the report.

“Because China’s interest rates are at a relatively low level, along with concerns about stability of the yuan and foreign exchange reserves, (China) should avoid excessive monetary easing,” the researchers wrote.

Other reports analyzed companies’ rising financing costs abroad amid credit tightening moves in the U.S. and Europe as well as tighter offshore yuan liquidity, which they found result in a narrower gap between domestic and overseas rates.

The central bank should “focus more on the changes in actual interest rates,” and let policy rates be better transmitted into lending costs, Sun said in response to a question about the possibility of an interest rate cut.

In its quarterly monetary policy report released Thursday, the central bank said it will continue prudent monetary policy with an emphasis on countercyclical adjustments and proper macro-regulation to seek a balance among multiple policy targets.

In January, Zhu Hexin, a deputy central bank governor, said the bank would conduct research on future monetary policy measures based on the assessment of existing ones. He made the comment when asked under what circumstances the monetary authority would cut benchmark interest rates.