In Depth: Payment Companies’ Free Lunch Comes to an End 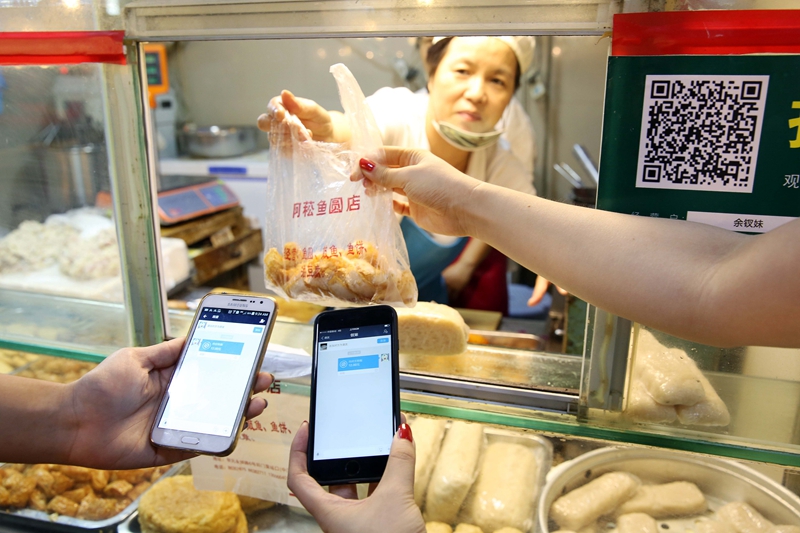 Chinese regulators’ long-running campaign to tame the Wild West of China’s $9.7 trillion third-party payment market reached a milestone as providers moved all of their client funds from separate commercial banks to centrally managed accounts at the central bank.

The shift, completed Jan. 14, is part of the government’s crackdown on financial risk and fraud. Regulators ordered payment providers to transfer funds to the special accounts step-by-step over two years, putting the money under the central bank’s oversight.

At stake is more than 1 trillion yuan ($149 billion) of customer funds — mostly prepayments for goods and services — that are temporarily held by payment providers before the transactions are cleared. According to the People’s Bank of China, the amount of such funds totaled 1.4 trillion yuan by the end of January, about 90% of it held by the payment services of Alibaba Group-affiliated Ant Financial Service Group and Tencent Holdings. The absence of unified supervision fueled regulators’ concerns that the money might risk potential misappropriation.

The completion of the fund transfer was backed by the launch of China’s first clearinghouse dedicated to online transactions last year. The new clearinghouse, which successfully handled as many as 44,000 transactions each second on Chinese New Year’s Eve on Feb. 4, cut the direct link between third-party payment providers and banks and became the nexus connecting more than 200 payment companies with the central bank.

Several payment companies including Ant Financial’s Alipay and Tencent’s Tenpay have publicly confirmed that they transferred all customer funds to the designated accounts and closed previous bank accounts used to deposit the money.

Payment companies used to open hundreds of accounts under terms negotiated separately with banks to deposit customer funds. Caixin learned that Alipay and Tencent each partnered with more than 100 banks for deposits.

The money was once a lucrative revenue source for payment companies, which could earn interest on cash deposited in banks or even invested in government bonds. Annual interest income on 1 trillion yuan could average more than 10 billion yuan.

Under the new rules, payment companies will no longer collect interest after moving customers’ funds to the central bank accounts.

While largely transparent to consumers, the change will have profound effects on the payment industry, analysts said. Major players have been adjusting their business to cope with the lost interest income. Last week, Alipay, the country’s largest payment provider, said it will start charging users for its services to repay credit cards starting in late March.

Market speculation has risen recently that Alipay may have booked a net loss in 2018 because of the change. Ant Financial declined to comment.

Some analysts expressed concern that the massive transfer of money from commercial banks to the central bank may have affected the liquidity of the banking system. At the end of December, the narrow M1 money supply measure, which includes cash in circulation plus demand deposits, rose 1.5% year-on-year to 55.2 trillion yuan. The growth was more than 10 percentage points lower than a year earlier, indicating tighter liquidity.

But Ruan Jianhong, head of statistics at the central bank, said the main factor in the cooler M1 expansion was slower sales by property developers and stricter financial management of local government financing platforms.

“The slower M1 growth reflects liquidity structure changes as demand on M1 decline, rather than a shift of liquidity size,” Ruan said.

Yang Tao, a payment industry expert at the Chinese Academy of Social Sciences (CASS), said the impact of the transfer of online customer funds on currency in circulation was limited as the changes were phased in and banking system liquidity is currently ample.

But leaving such a huge amount of money outside central government oversight could have huge effects on the currency circulation system, a financial industry executive said. The previous customer-deposit system allowed payment companies to work directly with banks and created a ballooning cash pool outside the central bank’s control. That is why the central bank decided to make the change, the executive said.

China's third-party payment market has surged over the past few years in step with the boom in e-commerce and online shopping as it offers a quicker and more convenient way of paying for goods than traditional bank cards. In the third quarter of 2018, the transaction value of third-party online payments amounted to 65.4 trillion yuan, according to data research firm Analysys.

The central bank since 2010 has stepped up efforts to put payment companies’ holding of customer funds under closer scrutiny.

In 2017, the central bank took a key step by ordering all payment companies to submit 20% of clients’ deposits to designated central bank accounts and gradually raised the percentage to 100%.

Chen Qizhang, a payment industry expert, said the central bank’s decision followed the practices of most other countries, that payment providers have no right to profit from customers’ deposits.

Regulators and market players have debated since 2013 whether payment companies should generate interest from depositing customer funds, sources told Caixin.

The central bank decided on not paying interest to the payment companies to force them to return to their core business while making clear that payment companies should not play the role of deposit-taker and should have no ownership of customers’ funds, said Yang at the CASS.

Analysts said payment providers made the service changes to cope with vanishing interest income after the full transfer of customer funds.

Keeping customers’ money in accounts with ordinary commercial banks was a lucrative business for payment providers as they earned interest on the funds and often deposited money overnight or short-term in money markets to get higher rates.

Interest income generated from client funds accounted for less than 10% of the total profits at Alipay and Tenpay, Caixin has learned from industry and regulatory sources. But it formed a much bigger chunk of earnings at smaller operators that have been hit hard by the new regulations and will now have to fall back on their core business of signing up vendors to use their services or exit the market, the sources said. For some companies, interest income made up as much as 80% of profit, they said.

U.S. payment giant PayPal charges vendors using its services at around 3% of the transaction value, but the average charge of Alipay and Tenpay is only 20% of Paypal’s rate, according to an Alipay source.

Alipay and Tenpay have each spent more than 20 billion yuan a year to subsidize users in a race to expand market share, according to sources close to the matter.