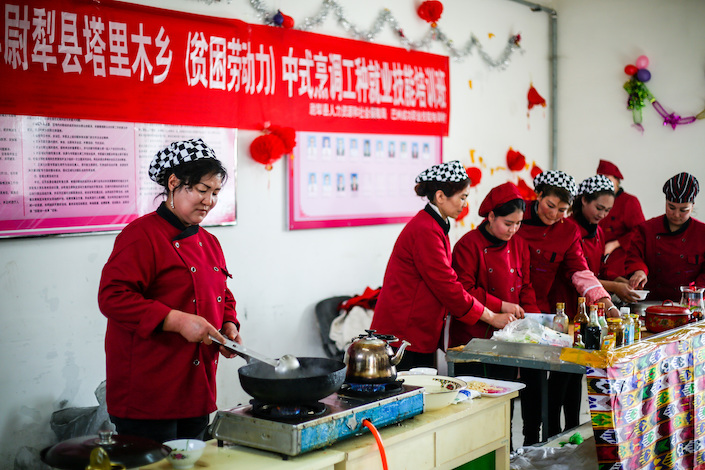 You’ve heard the statistic many times before: China has pulled hundreds of millions of people out of poverty in mere decades.

This was due mainly to China’s blazing-hot years of economic growth. But now, as it settles into middle-income-country status, it is coming to grips with more mainstream welfare programs — and the bureaucratic problems those pose.

Its latest gripe, according to a high-level conference Tuesday: Impoverished recipients of government aid are pretending to work but aren’t.

A report from the conference therefore proposed cutting direct support to those who are able to earn a basic living but still depend on subsidies — though it did not say who would get cut off, or how the government would determine cheaters.

It also pointed out several types of "disgraceful" destitution: those induced by “laziness” and “gambling,” those in which elderly parents fall into poverty as their children refuse to support them, and impoverishment caused by the expenses “related to marriage” — which could range from taking out loans to impress a potential suitor, to the expenses involved in getting divorced.

The only seeming solution the working group proposed was to “educate” this group of alleged malingerers.

As Beijing increases welfare assistance each year, illegal benefiting has become a lucrative income channel. Earlier this month, in a county in Henan province, an investigation found that only four out of 72 individuals registered for poverty assistance truly met aid requirements. In a separate scandal in the same county, residents illegally purchased poverty qualifications from officials to receive state aid.