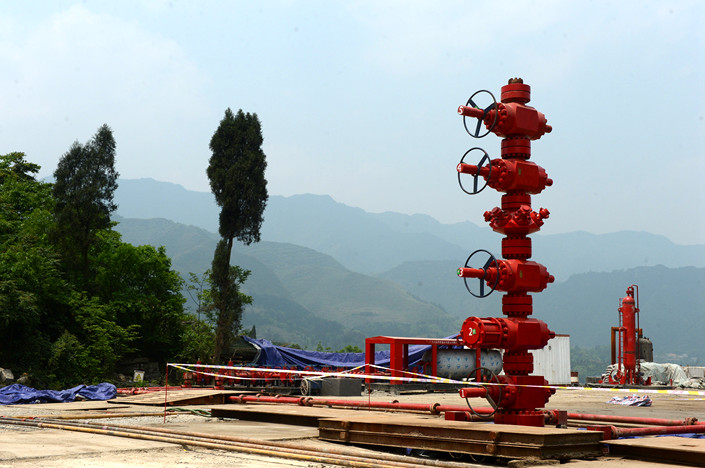 A county in southwestern China has suspended shale gas projects in the region after three earthquakes that killed two people occurred within two days, bringing greater scrutiny to the fracking of its vast gas reserves.

At least two were killed and 12 injured when a series of earthquakes rocked Rongxian county in Sichuan province on Sunday and Monday, the official Xinhua News Agency reported. Three of the quakes reached over 4 in magnitude on China’s seismic intensity scale, with the strongest reaching 4.9.

While the China Earthquake Administration said that the earthquakes came about through natural causes, experts “could not rule out industrial mining” as a cause, Xinhua said. State-owned giant China Petroleum & Chemical Corp. (Sinopec) and PetroChina Co. Ltd., the listed arm of China National Petroleum Corp. are both drilling for gas in the region, which is thought to have reserves of 100 billion cubic feet of shale gas beneath it.

Locals blamed the quakes on the drilling, with pictures and videos going viral on social media of protestors marching near local government offices holding banners bearing slogans such as, “Resist shale gas mining.” Local news reported that at least nine houses had collapsed and another 11,000 had been damaged, with a total estimated damage of 13.99 million yuan ($2.06 million).

Along with the terrible human cost, the earthquakes are likely to be a setback to China’s exploration of shale gas, which holds vast potential but continues to be beset by problems. China sits on an estimated 1.115 trillion cubic feet of shale gas, the largest reserves in the world. But unlike in the U.S., much of this is thought to be under difficult-to-access mountainous regions, delaying its exploitation.

China’s reliance on gas imports has skyrocketed as the country embraces gas power generation as a less-polluting alternative to coal. Retaining China’s long-held emphasis on energy self-sufficiency, the government is looking to boost domestic production to make up for the shortfall, with shale gas a major potential source.

To this end, PetroChina is taking a more aggressive approach to developing its shale gas field in Sichuan, digging more than 300 wells last year, during which its shale gas production increased 41.2% to 4.26 billion cubic meters. The company is planning to build another 720 wells by 2020. Sinopec is also known to be planning a major expansion of production.

Experts told Caixin the likelihood of the shale gas drilling causing the earthquakes was small, given that most of the shale gas reserves in the Sichuan Basin are located three kilometers (1.86 miles) below the surface, but the earthquake happened five kilometers below. This suggests a lack of direct connection between them. The experience of shale gas mining in the U.S., which began in 2012, does suggest its development may induce small earthquakes.

Yet China’s energy sector may have more difficulty persuading locals, particularly as one of Monday’s earthquakes was the strongest recorded in Rongxian county in half a decade. Persuading the public will prove more difficult in a province still traumatized by the experience of the deadly 2008 earthquake.