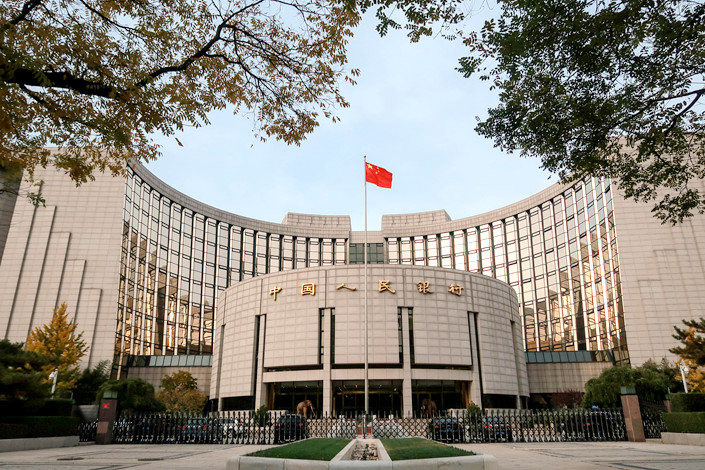 The People’s Bank of China’s financial stability bureau chief says the central bank will not flood the economy with credit, while ensuring reasonably adequate liquidity to support growth. Photo: VCG

China’s central bank has again downplayed the prospect of aggressive monetary loosening, with a senior official emphasizing that the credit valves will be adjusted in a “measured” way.

“(We) will fully take into account new changes in the economic and financial situation to fine-tune (policies), but we will do this in a measured manner and firmly avoid flooding the economy (with credit),” Wang Jingwu, head of the Financial Stability Bureau of the People’s Bank of China (PBOC), said in an interview with the Financial News, a newspaper run by the monetary authority. The bureau is responsible for guarding against systemic risks in the financial system.

“(We) will keep a close eye on and carry out a dynamic assessment of market liquidity and factors affecting it, and be vigilant against the formation of a ‘liquidity delusion’ and expectations of one-way (moves in the monetary policy) among market participants,” he said.

Over the past year, the PBOC has implemented a series of measures to improve market liquidity and encourage bank lending, even as it has continued a crackdown on the shadow banking sector. It has made five cuts in the amount of cash commercial banks must set aside as reserves, releasing funds that can be used to make loans. The moves were also aimed at ensuring market liquidity at a time when banks were slashing off-balance-sheet lending as regulators tightened rules as part of an official campaign to tackle the country’s mounting debt problem, control financial risks and stop localized problems from turning into a systemic financial crisis.

The government has specifically urged banks to give more credit to small and private companies to bolster an economy that’s being hit simultaneously by cooling domestic demand and the China-U.S. trade war.

These measures have stoked market expectations that the government will turn to more powerful measures such as a reduction in benchmark interest rates to support economic growth that is projected to weaken further this year.

But the central bank has been reluctant to make such a move and repeatedly said that it would keep monetary policy “prudent and stable.” The bank considers the country’s interest rates to be at a relatively low level and aims to “avoid excessive monetary easing,” according to a PBOC research report published by the Financial News last week. China hasn’t changed its benchmark rates since 2015, although it has reduced rates in the interbank market.

China’s growth has long been driven by credit-fueled investment, which has led to a rapid increase in debt over the past decade. The country’s total debt-to-GDP ratio jumped to 253.1% as of June 2018 from 138.4% at the end of 2008, data from the Bank for International Settlements show.

The government, concerned that debt problems could spiral out of control and trigger a banking crisis that could undermine social stability, initiated a deleveraging campaign more than two years ago targeted at the financial sector, local governments and inefficient, money-losing state-owned enterprises (SOEs).

The trade spat with the U.S. and the country’s weakening economic growth have forced Beijing to slow the pace of deleveraging, but authorities have insisted that the campaign will continue in order to bring down debt ratios in the government and corporate sectors.

He pointed to a number of key challenges facing the economy including the yuan exchange rate and the potential impact on the domestic economy of uncertainties stemming from outside the country, such as intensifying global trade tensions due to protectionist policies by the U.S. Wang also highlighted risks in regional property markets that may spill over to affect financial institutions. Some financial conglomerates, rural financial institutions and online lenders are also exposed to risks that could spread to the wider financial system, he said.