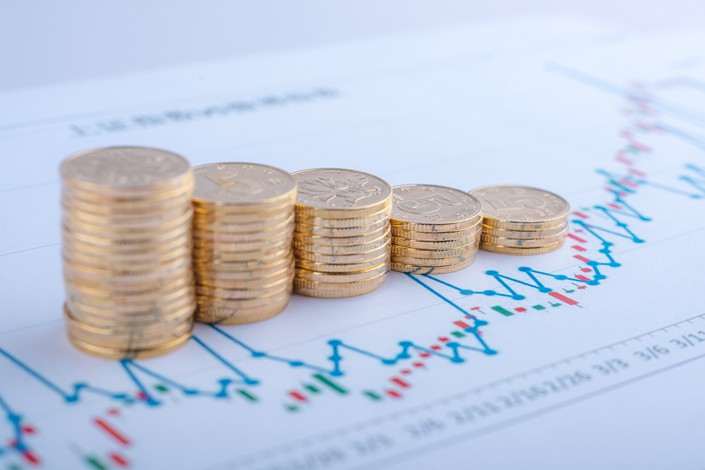 China will continue to swap local governments’ unofficial liabilities for government bonds this year to give them more financial breathing room as economic growth is expected to slow further, according to Premier Li Keqiang’s annual report to the country’s top legislature on Tuesday.

“We will continue the issuance of some local government bonds to replace outstanding debts in order to reduce the interest payment burdens of local governments,” Li said in the Report on the Work of the Government delivered at the opening of the annual session of the National People’s Congress.

The premier announced this year’s official target for gross domestic product growth is 6% to 6.5%, lower than last year’s actual rate of 6.6%, signaling Beijing’s caution toward the economy’s slowing momentum. Weaker economic growth is set to weigh on the country’s debt-laden local governments because it squeezes their income growth at a time when they have to spend more to drive investment to support expansion.

Li’s comment does not mean that the government will launch another enormous debt swap plan this year for local governments like the debt-to-bond swap program initiated over three years ago, several sources close to the Ministry of Finance told Caixin.

The new bonds sold this year will only be used to swap debt taken on before 2015, they said, when a new Budget Law lifted a 20-year nationwide ban on local government bond issuance and made it the only legal way for local authorities to raise funds. “The amount will be very small and the issuances will be decided on a case-by-case basis,” one of the sources said.

The debt-to-bond policy primarily aims to reduce interest costs, increase transparency about local fiscal liabilities, and help local governments tackle the mismatch in maturities between their debts and the assets they invested in with borrowed money.

In 2015, the State Council, China’s cabinet, set a goal (link in Chinese) to swap 14.34 trillion yuan ($2.1 trillion) in short-term, high-interest debt that local authorities accumulated mainly off the books for long-term, low-cost local government bonds over a period of around three years.

The target was “basically achieved” last year after 12.2 trillion yuan of debt was swapped into local government bonds, according to the National Bureau of Statistics’ 2018 statistical report (link in Chinese). The policy reduced local governments’ interest payment by a total of 1.7 trillion yuan and brought the average interest rate of their debt down by 6.5 percentage points at the end of last year from 2014, the report said.

The value of outstanding nonbond local government liabilities stood at 315.1 billion yuan at the end of December, up 58.6 billion yuan from a month ago, according to data from the Ministry of Finance. The increase was mainly due to the reclassification of some borrowing by private investors to finance the construction of toll roads as local government debt, a source close to the ministry said.