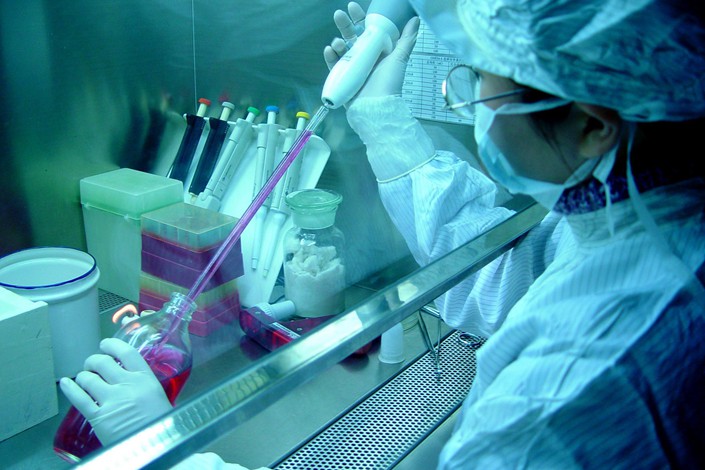 Fudan-Zhangjiang Bio-Pharmaceutical Co. Ltd. has become the first Hong Kong-listed company to announce it wants to list on Shanghai’s new high-tech board.

The biotech company hopes to raise 650 million yuan ($96.6 million), after its board approved the issue of up to 120 million new A-shares at a price of 0.1 yuan each, it said in a statement on Friday.

The company now needs the approval of China’s securities regulator.

Early this month, the biotech sector was among 34 industries selected by regulators as favorites to list on the new board — others include semiconductors and integrated circuits, as well as artificial intelligence.

The high-tech board was announced by President Xi Jinping in November in an effort to lure technology firms to list in the city in competition with overseas bourses. In March, the Shanghai Securities Exchange announced specifics on the implementation of the rules to list there. Such rules — such as a registration-based system — were seen as less rigid than those of the city’s main board, which has an approval system.

Founded in 1996, Shanghai-based Fudan-Zhangjiang manufactures and sells biopharmaceutical products. It listed in Hong Kong in 2002. Last year, it reported a net profit of 151 million yuan on revenue of 740 million yuan.

The company said if it raises 650 million yuan it will spend 240 million for research and development, with the remainder used to increase its stake in a subsidiary and to invest in a project in the United States.