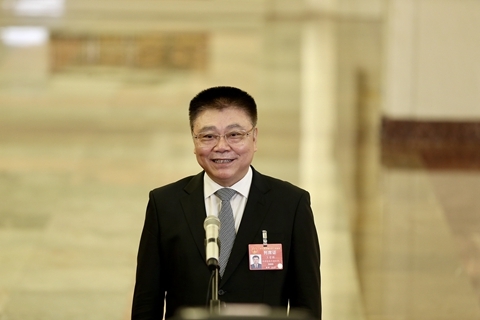 China will continue policies to stabilize property market expectations and prices of housing and land, housing minster Wang Menghui told reporters during the annual meetings of China’s national legislature and top political advisory body. The government is determined to block big fluctuations in the property market, he said.

“Houses are for living, not for speculation,” Wang said, reiterating the government’s guiding principle on real estate policy.

The comments by the minister of Housing and Urban-Rural Development dispelled speculation that Beijing might relax housing policy after Premier Li Keqiang’s work report last week didn’t include that principle. Wang spoke in an interview during China’s annual “two sessions” meetings of lawmakers and the political advisory group.

The real estate market was generally stable last year, and market expectations have tended to be rational, Wang said.

Actually, growth in China’s real estate sales fell in 2018 to the lowest level in four years, both in terms of sales value and amount of floor space sold, marked by government attempts to cool the property market and broader headwinds such as trade tensions and a credit squeeze.

China started to impose administrative curbs on housing purchases in the autumn of 2016 after a surge in prices raised fears of a property bubble. But with downward pressure increasing on China’s economic growth, the government has softened its tone on regulating the property market, a pillar of domestic demand.

At a key meeting in December to set economic strategy for 2019, policymakers indicated they would take a different approach to managing the property market, saying that local authorities would be given more freedom to adjust restrictions based on local market conditions.

Some cities, including Heze in the eastern province of Shandong, and Guangzhou and Zhuhai in Guangdong province in the south, have already started rolling back some curbs on housing transactions.

The housing minister on Tuesday reaffirmed the approach of implementing real estate policies according to the specific circumstances of each city.

Since 2016, when the State Council ordered local governments to speed up development of rental housing, 12 major cities including Guangzhou, Shenzhen and Hangzhou have become the first batch of pilot cities for such programs, and 51 state-owned rental-housing enterprises have been created.