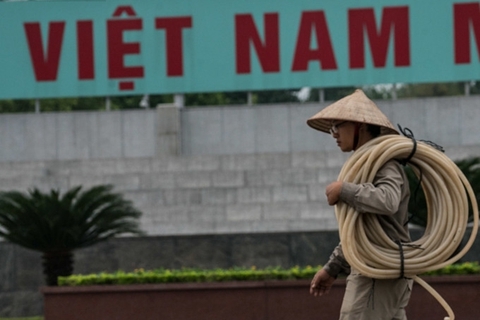 The Southeast Asian country has benefited as multinationals have accelerated moving their production to the country amid U.S.-China trade tensions, observers said. Investors from the U.S., South Korea and Japan, for example, have started to move their factories from China to its less costly neighbor, said Nguyen Mai, chairman of Vietnam's Association of Foreign Invested Enterprises (VAFIE), in a recent interview with Caixin.

“Of course we welcome that,” said Nguyen. “But we hope that foreign investors chose Vietnam not only to avoid the risks of trade war.”

Nguyen told Caixin that many countries have been trying to benefit from the shift of foreign investments since the beginning of the trade war, and that Vietnam is no exception. But Vietnam is not just a beneficiary – the export-reliant country has also been negatively affected by global market turbulence caused by conflicts between the world’s two largest economies.

China has also been pumping investment into Vietnam as part of its “Belt and Road Initiative,” with a total registered investment in Vietnam of $12 billion as of 2018.

Nguyen also told Caixin that Huawei has been operating smoothly in Vietnam, and that the embattled telecom equipment maker is in “proactive talks” with Vietnam’s biggest mobile network operator Viettel about opportunities to provide 5G technology in the local market.