By Ke Baili and Peng Qinqin 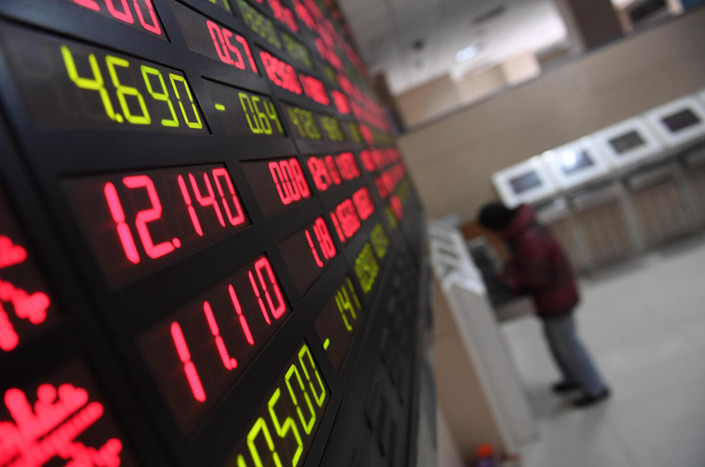 Among several recommendations, the report also called for regulators to be clearer, more transparent and more consistent. Photo: VCG

China should reconsider foreign ownership limits on Chinese mainland shares as the volume of foreign funds flowing into the country’s markets is set to increase, an industry body representing asset managers said on Wednesday.

The Asia Securities Industry & Financial Markets Association (ASIFMA) made the suggestion because it fears the ownership restrictions could cut off some listed companies from foreign investment and because they add to the risk of owning mainland shares.

“If these limits are not removed, we are afraid that FIIs (foreign institutional investors) may not be able to invest in some of the listed companies particularly the small cap companies,” ASIFMA said in a report.

Rules specifying that overseas ownership of any listed Chinese company cannot exceed 30%, and any individual investor can only own 10%, should be reconsidered given the likely increase of inflows into China’s capital markets this year, ASIFMA said.

Mainland blue-chips have recently seen significant amounts of their stock purchased by overseas investors following measures to open up the financial system and ease trading restrictions, as well as index compiler MSCI’s decision to significantly boost the weighting of A-shares in its global benchmark indexes.

But the increased overseas enthusiasm for Chinese stocks has started to collide with ownership restrictions. Shenzhen-listed Han’s Laser Technology Industry Group Co. Ltd., a manufacturer of laser products, was removed from global index compiler MSCI’s China indexes as it approached the 30% upper limit earlier in March.

“It is unclear what the consequences will be when these limits are breached,” the report warned, saying that it is now a “timely” opportunity to reconsider the rules. ASIFMA has previously called for ownership limits to be minimized as much as possible, saying that they add to the risk of investing in A-shares, or yuan-denominated shares traded on the mainland.

MSCI is set to further increase the weighting of A-shares in its global indexes later this year. Competitors S&P Dow Jones Indices and FTSE Russell are planning to bring mainland-listed shares into their global benchmarks this year. China Securities Regulatory Commission Vice Chairman Fang Xinghai said in January that he expected an increase of roughly 600 billion yuan ($89.3 billion) in overseas investments in mainland stocks in 2019, nearly double the 2018 increase.

Among several recommendations, the report also called for regulators to be clearer, more transparent and more consistent, saying that this was a key issue for investors in China’s capital markets. “Window guidance” — a kind of informal arm-twisting by regulators where they privately give instructions instead of issuing rules publicly — should end, said the report, saying that foreign-invested firms in China are often told verbally that they are forbidden from doing something that domestically owned firms are allowed to do.

“It is very important for the rules to be clearly written and applied equally to both foreign and domestic owned firms,” said the report, which stressed foreign investors’ concerns that a level playing field had still not been achieved.

The Shanghai Stock Exchange said in November 2018 that it would stop giving out window guidance in order to “reduce trading obstacles and unnecessary interventions.”

ASIFMA praised this move, saying it hopes other authorities in China follow suit.