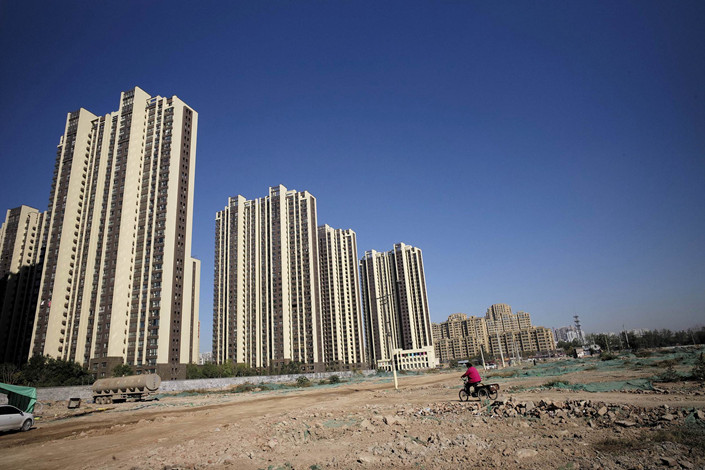 Residential towers under development in the area surrounding the city of Heze, East China’s Shandong province, in October 2017 . Photo: VCG

Chengwu, a small county under the administration of Heze city in the eastern province of Shandong, is encouraging its rural residents to purchase a first, newly built home in local urban areas. This month, the county began offering subsidies of 300 yuan ($44.80) per square meter (10.76 square feet) to rural residents who have received approval and have completed moving their household registration, or “hukou,” to an urban area, according to a policy document (link in Chinese) released last week.

This is not the first time that local authorities in Heze have implemented policies to support the local real estate market over the last few months. In December, the city’s government rolled back a rule that prohibited homeowners from selling their properties for at least two years after the purchase date.

Other local governments have also pledged to help rural residents buy homes in urban areas. The housing department of the northeastern province of Liaoning released a work plan (link in Chinese) in December to reduce excess property inventories, stating that the government will provide rural residents with subsidies to buy homes in urban areas. It encouraged developers and banks to offer these buyers discounts or favorable loans.

In January, Zunyi, a small city in the southwestern province of Guizhou, rolled out a similar policy (link in Chinese). It has been providing home purchase subsidies to former rural residents who have since registered their permanent residence in an urban area, according to its notice. The subsidies range from 30,000 yuan to 50,000 yuan per household.

Home prices in third- and fourth-tier cities have remained high and the volume of property deals has fallen in lower-tier cities since the fourth quarter of 2018, an analyst at real estate data provider CRIC said in a February research report.

Some local governments have been increasing purchase subsidies for rural residents as a way to reduce the amount of unsold homes in their areas, a senior executive of a top real estate company told Caixin. “But rural residents’ demand for homes might not be as high as it was before,” he said, adding that the shantytown subsides issued over the past few years have drained demand in the property markets of third- and fourth-tier cities.

Shantytown redevelopment has been a major driver of property investment in lower-tier cities. Residents displaced by the process are given cash compensation to buy new homes, adding to local demand and pushing up housing prices. Since early last year, the central government has tightened controls over shantytown renovation programs to cool overheated local property markets.

Although local governments in some smaller cities want to bolster their local real estate markets, Yang Guoqiang, chairman of developer Country Garden Holdings Co. Ltd., holds a different view. Yang said at a briefing on Monday that he’s optimistic about the real estate market in lower-tier cities. “As migrant workers’ wages grow, they have the need to improve their housing,” he said.

“They (migrant workers) are unlikely to purchase homes in big cities known for their high housing prices — nor will they choose to live in rural areas that lack health care and education facilities,” Yang said. “They’re more likely to live in cities and towns with basic education and medical care facilities and an (average) home price below 10,000 yuan (per square meter).”

Country Garden holds a large amount of land in third- and fourth-tier cities, which accounts for 60% of all the land under its control by value.