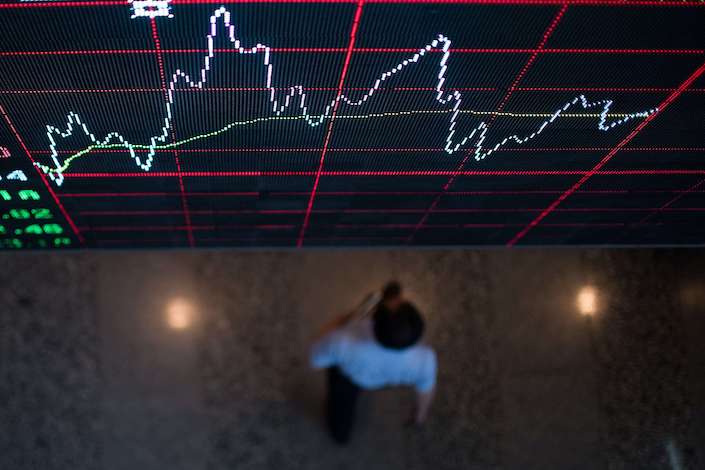 The new high-tech board received its first applicant with a dual-class share structure. Photo: VCG

China’s new Nasdaq-style high-tech board received its first applicant with a dual-class share structure, a common arrangement among tech startups that until now has disqualified them from mainland listings.

UCloud Information Technology, a Shanghai-based cloud services provider, is the only dual-share candidate among 28 companies whose applications have been accepted by securities regulators. The businesses are being considered for listings on the Shanghai Stock Exchange’s new Science and Technology Innovation Board.

China has long sought to lure domestic tech unicorn companies to list at home, but restrictions on dual-class share structures have pushed many of the best-known Chinese technology enterprises, including Alibaba Group Co. Ltd. and Tencent Holdings, to raise capital abroad.

Mainland bourses hope the move to lift the ban on dual-class structures will help them compete with foreign stock exchanges such as Hong Kong and New York in attracting technology companies. The Hong Kong Stock Exchange revised its rules in April to allow pre-profit biologics businesses and companies with a dual-class share structures to float stock.

According to UCloud’s prospectus, holders of Class A shares would have five times the voting rights of holders of Class B shares. Under such a structure, with weighted voting rights, founders and top management retain control while letting in outside investors who can benefit from dividends and share value appreciation.

According to rules governing the new board, shares with superior voting rights can carry a maximum of 10 times the voting power of ordinary shares.

The company’s three co-founders currently hold nearly 27% of UCloud’s shares but would retain control through their 65% of voting rights.

The co-founders are Chief Executive Officer Li Xinhua, Chief Technology Officer Mo Xianfeng and Chief Operating Officer Hua Kun. They worked together at Tencent from 2005 to 2009 before teaming up to found UCloud in 2012.

UCloud hasn’t disclosed how much it expects to raise in the initial public offering, saying only that it plans to sell no less than 21.56% of its total shares. The company did outline plans for investing at least 3.6 billion yuan ($537 million) of proceeds.

In June, UCloud announced a series E round of funding from telecom giant China Mobile. The two companies said they would also form a strategic partnership for ecosystem, technology and products. The companies didn't disclose an investment figure, but market experts estimated UCloud’s value at about 11.1 billion yuan ($1.65 billion).

Other investors in UCloud include Legend Capital, Oriza Holdings and CICC Alpha, an investment arm of China International Capital Corporation (CICC), which is also the sponsor and leading underwriter of UCloud’s offering. These investors all hold less than 5% of voting rights.

According to the prospectus, the company’s revenue grew 41% last year to 1.19 billion yuan. It became profitable in 2017 and posted earnings of about 80 million yuan last year.

The company said more than three-quarters of its 2018 revenue came from business clients in the internet industry, mostly in Chinese mainland, while less than 20% came from finance, education, retail and manufacturing sectors. As of the end of last year, the company had 1,055 employees.

The company warned in its prospectus that the projects could generate huge expenses and are expected bring limited revenue in the early states. If competition in China’s cloud service market intensifies, the company may post losses, according to the prospectus.