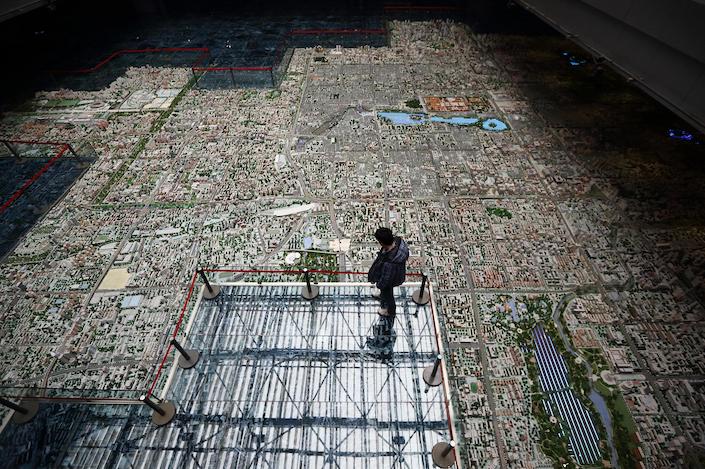 The International Monetary Fund raised its 2019 China growth forecast to 6.3% from 6.2% Tuesday but warned of “more subdued” momentum next year.

The IMF’s improved outlook for the Chinese economy partly reflects brighter prospects for trade negotiations between China and the U.S. Leaders of the two countries agreed in December on a truce in their months-long trade war and suspended further tariff increases.

China’s economy grew 6.6% last year amid sluggish domestic and foreign demand, marking the slowest annual expansion since 1990, official data showed. The government set an economic growth target for 2019 of 6% to 6.5%, compared with a target of around 6.5% for 2018.

Because of recent developments in the U.S.–China talks, tariffs on $200 billion of U.S. imports from China were assumed to stay at 10%, the IMF said in its latest World Economic Outlook report issued Tuesday. In October and January estimates, the international development organization of 189 countries said it assumed tariffs would rise to 25% as of March 1.

Trade officials from China and the U.S. are racing to strike a deal to end the trade war. President Donald Trump said he thought there was a "very good chance" of reaching a trade deal before he met with China’s top trade negotiator and Vice Premier Liu He at the White House following the conclusion of the latest round of trade talks last Thursday.

But lingering tensions on global trade still cast a shadow over the outlook for global growth, along with other downside risks including uncertainties surrounding Brexit and looming debt risks in several countries, the IMF said. The fund predicted global economic growth of 3.3% this year, down 0.2 percentage point from its January forecast. It would be the slowest expansion since 2016. The IMF’s projected growth rate for next year was unchanged at 3.6%.

Although a 3.3% global expansion is still reasonable, the outlook for many countries is challenging, with considerable uncertainties in the short term, especially as growth rates in advanced economies converge toward their modest long-term potential, the fund said.

“This is a delicate moment for the global economy,” said IMF Chief Economist Gita Gopinath. She said that if the downside risks do not materialize and policy supports that have been put in place are effective, then global growth will rebound to 3.6% in 2020.

The IMF endorsed modest fiscal expansion measures taken by Beijing over the past year but warned that China should avoid too much stimulus.

Chinese authorities have taken a series of pro-growth steps to bolster the cooling economy and contain the effects of the trade war. Measures include liquidity injection through bank reserve requirement cuts, expanding infrastructure investments and massive tax cuts for individuals and business. At the same time, leaders have reiterated that the country would avoid large-scale stimulus.

While raising its 2019 forecast for China, the IMF lowered its 2020 China growth projection by 0.1 percentage point to 6.1%, saying “the underlying momentum in activity is more subdued.”

The IMF suggested that China’s policies should “stay focused on deleveraging and rebalancing the economy away from a growth model based on credit-fueled investment toward one that is more sustainable and led by private consumption.”

Deleveraging is still important for China and needs to be done gradually, said Gian Maria Milesi-Ferretti, the deputy director in the IMF research department. China should prefer on-budget fiscal measures to support growth if needed rather than rolling back the deleveraging process because doing so “would accumulate vulnerabilities for the long run,” Milesi-Ferretti said.