By Qing Ying and Liu Jiefei 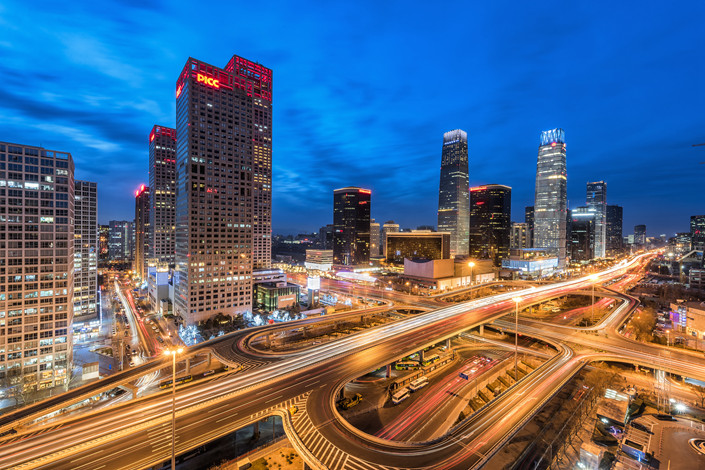 China’s economic expansion will continue to moderate in 2019 and 2020 amid uncertainty caused by trade tensions with the U.S., the impact of curbs on shadow banking, slowing growth in household income and weakening prospects for the labor market, the Asian Development Bank (ADB) said in its annual outlook released Wednesday.

The world’s second-largest economy is likely to see gross domestic product (GDP) increase 6.3% this year, down from a 6.6% pace in 2018, and slow further to a “more sustainable” 6.1% in 2020, the Manila-based lender said in its latest Asian Development Outlook, although it pointed out that the forecasts are subject to “external uncertainties and domestic risks.”

“The PRC (People’s Republic of China) economy remains strong despite the growth slowdown in recent years,” ADB Chief Economist Yasuyuki Sawada said. “Although the slowing trend will likely persist if the trade uncertainty continues, favorable fiscal reforms at the start of the year, particularly on personal income tax and social security, will help alleviate the adverse effects of anticipated weaker wage growth and boost domestic consumption.”

Although an agreement between Beijing and Washington to resolve their trade conflict would limit adverse effects on China’s economic expansion and help revive consumer and investor sentiment, GDP growth will still be lower as ongoing restrictions on shadow banking continue to limit expansion in credit to the economy, the report said.

The government has already adopted a more accommodative monetary policy and expansionary fiscal policy to help cushion the slowdown and stabilize growth, the ADB said, pointing to reductions in banks’ reserve requirement ratios, lower interbank lending rates and significant tax cuts. The ADB said these policies are likely to continue although it doesn’t expect any “major stimulus.”

However, if the policies are seen as insufficient to stabilize economic growth, there is a risk policymakers will “abandon efforts to stabilize lending, and/or loosen restrictions on shadow banking, thereby allowing nonbank financing to reaccelerate and debt to balloon,” the report said.

“Such measures would boost growth in the short run but endanger financial stability over the longer term,” it said. Sustaining growth in China “depends instead on continued efforts to control financial leverage and on accelerated structural reform.”

The ADB pointed out that despite efforts by the People’s Bank of China to lower interest rates in the interbank market and to encourage lending, banks have been reluctant to cut borrowing costs partly because deposit rates have remained unchanged, which squeezes the profit they earn on their loans. It suggested the central bank could lower its benchmark one-year lending and deposit rates simultaneously, which would reduce financing costs for the real economy while also preserving banks’ interest margin.

“Such loosening would benefit in particular highly indebted enterprises by lowering their interest payments,” it said.

The ADB also pointed out that while tax cuts are supporting growth, the direct effect of lowering value-added tax rates “will likely be modest as only companies in markets with fierce competition will pass on the lower rates to customers. Given slowing economic growth, most firms are expected to save that extra revenue instead of investing it.”

In addition, growth in fiscal revenue will slow as a result of the cuts and that will put additional pressure on budgets at both central and local government levels, which will limit their ability to increase public spending, the report said.

The main downside risk to growth on the international side will come from an intensification of trade conflict with the U.S. in the absence of a durable agreement, the ADB said. Failure to reach a deal would have spillover effects and harm investor and consumer sentiment, it said.

China’s Vice Premier Liu He is currently in Washington to continue talks with U.S. officials for an agreement to resolve the dispute. He met U.S. Treasury Secretary Steven Mnuchin and Trade Representative Robert Lighthizer on Wednesday and is scheduled to meet U.S. President Donald Trump in the Oval Office on Thursday.

In the last round of trade talks in Beijing at the end of March, the official Xinhua News Agency reported the two countries made new progress on the text of an agreement to end the row.