By Jason Tan and Yu Pei-hua 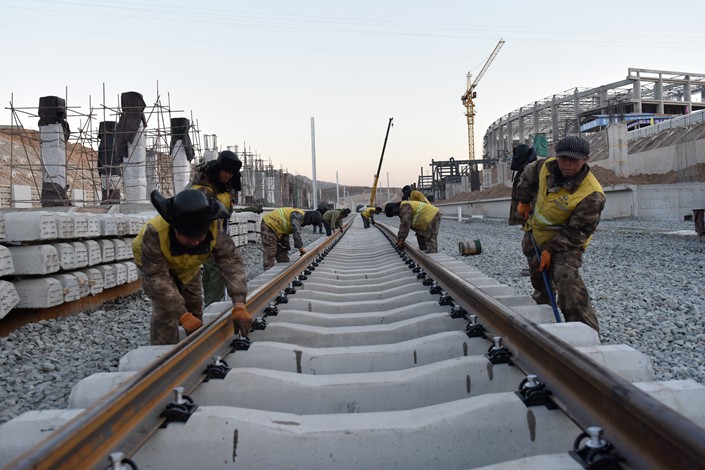 The country’s Prime Minister Mahathir Mohamad, who retook leadership of the country in a shocking election victory in May, has called the 688-kilometer (428-mile) East Coast Rail Link (ECRL) “unnecessary,” saying that it contained “damaging terms” and that it saddled the Southeast Asian’s third-largest economy with excessive debt.

China Communications Construction Co. Ltd. (CCCC) was commissioned to build the major section of the ECRL, slated to connect the South China Sea off the east coast of peninsular Malaysia with the shipping routes in the west. The project is part of a larger Southeast Asian rail network that Chinese companies are building in the region, including in Laos and Thailand.

After nearly a year of negotiations, Malaysia on Friday said Malaysia Rail Link Sdn Bhd has signed a supplementary agreement with CCCC to resume the project at a much reduced cost.

Malaysia Rail Link is an entity of the country’s finance ministry that administers the ECRL project. “We are pleased to announce that the construction cost for Phases 1 and 2 of the ECRL has now been reduced to RM44 billion ($10.68 billion), a reduction of RM21.5 billion, from its original cost of RM65.5 billion,” Malaysia’s Prime Minister’s Office said in a statement. “This reduction will surely benefit Malaysia and lighten the burden on the country’s financial position.”

Further details of the improved deal will be provided during a press conference in Malaysia on Monday, it said.

The development came after Daim Zainuddin, the special envoy of the Malaysian prime minister, went to Beijing to finalize the deal on Friday. He was expected to wrap up the thorny issue before Mahathir attends this year’s 2nd Belt and Road Initiative Forum in China.

The new supplementary agreement covers the engineering, procurement, construction and commissioning aspects of the ECRL.

In July, CCCC said it had suspended the project after Malaysia Rail Link said it required “an immediate suspension of the contract under the ECRL project until further instructions.”

CCCC said at the time that it felt “disappointed and worried” that the project was suspended after 13% had been completed.