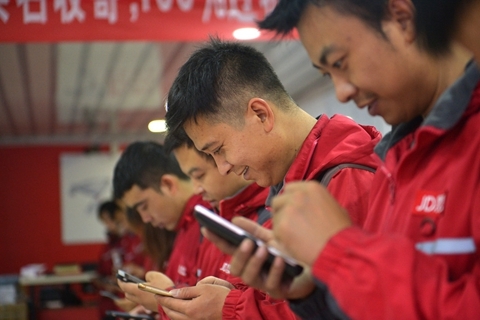 JD.com’s chief said a 12th straight year of losses at its delivery unit was part of the reason it cut the base salaries of its drivers.

Richard Liu, the founder of the e-commerce giant, said JD Logistics racked up 2.8 billion yuan ($420 million) in net losses last year. This has left the company with enough money to run its business for only two years, Liu said in a public letter released Monday.

"I believe each of JD.com's delivery brothers doesn't want the company (JD Logistic) to go bankrupt," Liu said. "The choice we made demands everyone find a way to lure more orders for the company, to increase the income."

JD.com had previously said the base-salary cut was a strategy to motivate drivers. The cut now means drivers will have to rely solely on commission for their income.

JD.com spun off its logistics unit in April 2017. It can deliver 90% of orders within one day, and covers 99% of China’s population, the company claims.