In Depth: China Grapples With How to Let Market Steer Interest Rates 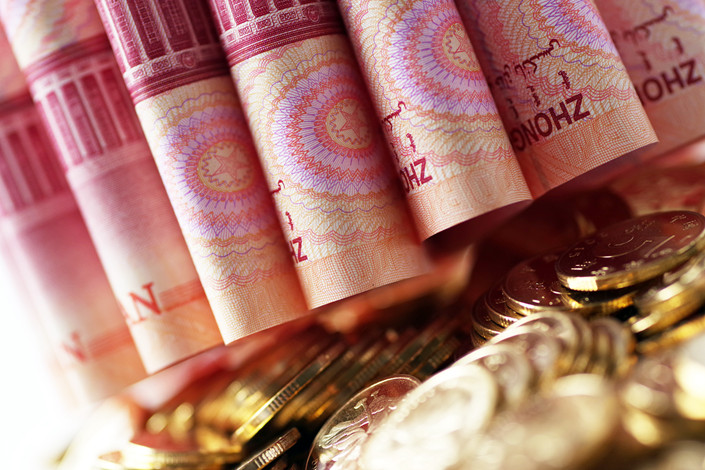 As policymakers seek to lower borrowing costs for small or private companies as part of efforts to pump a little more gas into a slowing economy, they have shown renewed interest in confronting a knotty problem: how to create a system to let market-based interest rates effectively steer borrowing costs throughout the financial system.

In March, People’s Bank of China (PBOC) Governor Yi Gang said that China will deepen reforms, including the market liberalization of interest rates, to lower small companies’ borrowing costs. At its annual policy meeting earlier in the year, the PBOC said it will further liberalize interest rates. The central bank said that it will prudently advance its goal of unifying China’s two interest rate “tracks.” One of those tracks is the interest rates set largely by the market, such as the seven-day interbank pledged repo rate. The other refers to benchmark deposit and lending interest rates, which are set by the central bank.

However, eliminating benchmark deposit rates will probably lead to a fiercer deposit competition among commercial banks, in turn forcing them to raise interest rates on loans to companies.

The market liberalization of interest rates dates back to 1996, with the merger of the two interest rate “tracks” at the core of China’s financial reform goals in recent years. Momentum is likely to build in 2019.

In January, Sun Guofeng, director of the PBOC’s Monetary Policy Department, said that the direction of interest rate reform is clear. “It is for the benchmark interest rates to move towards the market-based interest rates,” he said.

The current policy rates, the central bank’s bluntest monetary policy tool that affects borrowing costs across the economy, including rates for mortgages and car loans, haven’t changed in years. They have remained at 4.35% for one-year loans and 1.5% for one-year deposits since October 2015 as the PBOC has shifted its approach to trying to guide rates through open market operations. Although these are reference rates that are no longer compulsory, they continue to loom large in the minds of borrowers and some banks.

From the savings side, the problem with the benchmark rates is that they make banks less willing to compete for deposits with higher interest rates, shortchanging savers to protect bank profits.

Although the government has not yet decided how exactly it will combine the two interest rate tracks, whatever change it decides will have sweeping effects across the economy, influencing everything from financial asset prices to bank profits to lending costs.

There is a consensus among people who follow this sort of thing that the benchmark lending rate should be the first to go, followed by the benchmark deposit rate. Scraping the latter would likely have a disruptive effect on bank profits.

Abandoning the benchmark lending interest rate is less consequential because actual rates tend to float around the benchmark. That’s unlike deposit rates, which never fall below the benchmark, explained Li Chao and other analysts at Huatai Securities.

However, Sheng Songcheng, former head of the central bank’s statistics department, has pointed out that pricing loans in part hinges on how easily a bank can attract deposits, so it makes sense for authorities to coordinate how they dispense with the two benchmark rates.

To abolish benchmark interest rates in the end, policymakers could gradually reduce the number of benchmarks for different maturities, or take another path by adopting a different widely used rate as a new reference, such as the Shanghai Interbank Offered Rate, or Shibor. The central bank launched Shibor in 2007 as China’s answer to the London Interbank Offered Rate, which banks around the world use as a reference to set a wide variety of interest rates — for example, local mortgage rates.

However, Shibor is not an ideal candidate given its sharp fluctuations and because of the tiny number of transactions for tenors of more than three months, analysts said.

Lu Zhengwei, chief economist of Industrial Bank, said that the seven-day repo rate, based on real transactions, was a good candidate for a benchmark interest rate because of its transparency, reliability and frequency of announcements.

The rate’s main drawback is that it cannot be used for long-term bank loans.

The Loan Prime Rate (LPR), which is based on the interest rate that commercial banks charge their most creditworthy borrowers, which the central bank launched in October 2013, also emerged as a strong contender. Sun, director of the Monetary Policy Department of the PBOC, told the media in January 2019 that financial insitutions can refer to the LPR, official benchmark rates, market-based rates or the central bank’s policy interest rates when pricing their loans extended to clients.

In contrast with Shibor’s high volatility, the problem with the LPR is that it remains largely “unchanged” regardless of liquidity in the market. Since October 2015, the LPR has stood at 4.31%, almost the same as the central bank’s 4.35% one-year benchmark lending interest rate, failing to indicate real liquidity.

The national one-year LPR is a rate calculated based on 10 major commercial banks’ own LPRs. The banks include China’s five biggest state-owned lenders. Sun said the LPR can be particularly improved by linking it with the interest rates of monetary policy tools.

The Huatai analysts believe that medium-term lending facility (MLF), or target MLF, would be a good match because it shares the same maturities with the LPR. Of all the central bank’s policy tools, the MLF has maturities of three months, six months and one year. The interest rate for the one-year LPR could be linked to the one for the one-year MLF, they added.

An official with one of the central bank’s provincial offices said that some city commercial banks in the province introduced wealth-management products based on market interest rates, but they were met with lukewarm interest from clients.