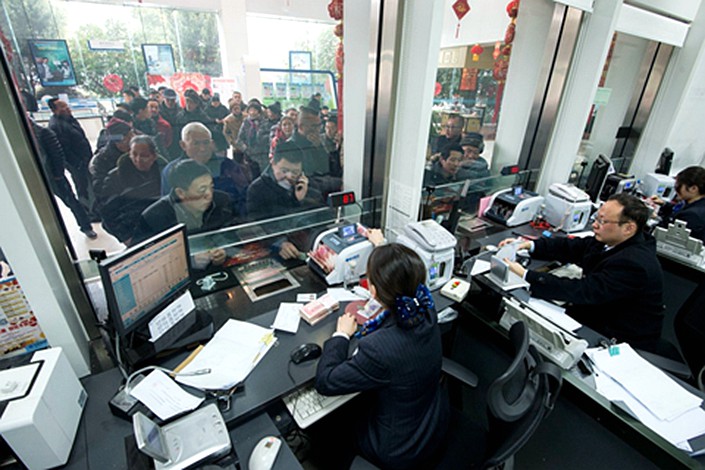 Multiple banks in the rich province of Zhejiang have started to list credit overdue for over 60 days as nonperforming loans to better reflect their asset quality. Photo: IC

* China’s commercial banks had 2.03 trillion yuan in NPLs at the end of 2018, accounting for 1.83% of their total lending, but many have questioned the official figure

(Beijing) — Several banks in East China’s Zhejiang province have tightened their definition of nonperforming loans (NPLs) to those overdue by over 60 days, as the local regulator pushes lenders to come clean about their asset quality and set aside enough cash to cover potential losses.

The adoption of this bad debt classification standard, which was enforced by Zhejiang’s banking and insurance watchdog, was confirmed by several executives in the province’s banking industry and relevant regulators. The rule is stricter than an order given by the China Banking and Insurance Regulatory Commission (CBIRC) last year, which said the nation’s city and rural commercial banks should by the end of this year recognize all lending more than 90 days overdue as NPLs.

This move is aimed at having banks “come clean about their real asset quality when the (economic) situation is faring relatively well,” a financial regulator, who declined to be named, told Caixin.

Local authorities also intend to get hold of more accurate bad loan figures to better control nonpayment risks to which banks are exposed, as they heed the central government’s call to boost lending to underserved sectors.

“The tolerance of bad loans parked at small companies can be improved meaningfully only after the real (overall) NPL situation (at banks) is better revealed,” the regulator said.

In January, the CBIRC announced it was allowing bad-loan ratios for credit extended by rural banks to small firms to be 3 percentage points higher than their own average NPL ratios.

Chinese commercial banks had 2.03 trillion yuan ($302.4 billion) in NPLs at the end of December, accounting for 1.83% of their total lending, down from 1.87% at the end of September, CBIRC figures showed. However, ratings companies, the International Monetary Fund, and even China’s central bank have long speculated that the true level of NPLs could be far higher. Lenders tend to hide the scale of their bad debts partly to avoid having to set aside extra cash and to avoid getting into trouble with regulators for risky lending.

China’s central bank introduced the standard international five-category loan classification system in 1998, but the rules do not specify when exactly overdue loans need to be classed as nonperforming, giving banks a lot of leeway in deciding when a loan has officially gone bad. The CBIRC’s requirement last year for city and rural lenders to classify lending more than 90 days overdue as NPLs marked a key measure by the regulator to try to force banks to come clean.

The rule has started to weigh on some lenders’ bottom lines. For example, Hong Kong-listed Zhongyuan Bank, headquartered in Zhengzhou in the central province of Henan, said in its annual report that the provisions it set aside for asset losses surged 238% from 2017 to fully comply with the CBIRC’s NPL classification rules. The compliance led the value of its outstanding bad loans to soar by 70% over a year to 6.2 billion yuan at the end of 2018. Meanwhile, its net profit attributable to shareholders fell 37% during the period to 2.4 billion yuan, according to the report.

To help struggling banks maintain their profits, the CBIRC in early 2018 allowed lenders who have fully complied with the new 90-day NPL classification rule to reduce their loan-loss provisions to 120% of their bad loans, down from the previous floor of 150%.

Few provinces other than Zhejiang, which is one of the richest Chinese regions, have embraced the more stringent NPL standard, as governments are worried that the measure could enlarge their banks’ capital shortfall and erode their profits.

Even though lenders can set aside as little as 120% of the value of their bad loans in loan-loss provisions, adopting the 60-day NPL classification would reduce listed banks’ net profit attributable to shareholders by between 1.16% and 1.73% in 2019 under different scenarios, according to a recent note by Huatai Securities analysts.