BGI Genomics’ Profits Slip As Questions Linger About Its Services 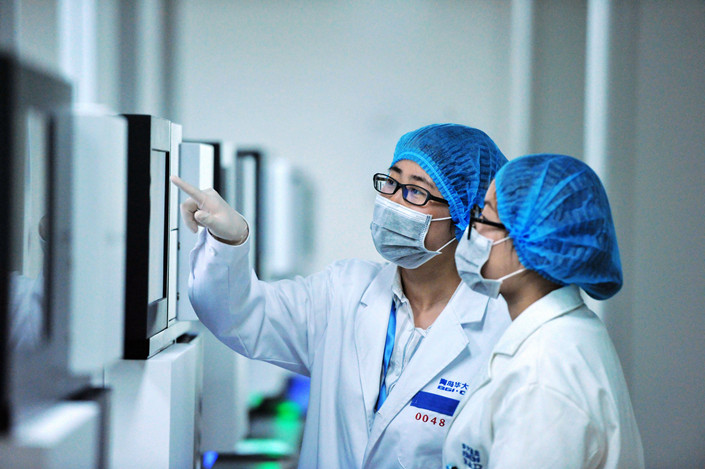 Genome sequencing company BGI Genomics Co. Ltd.’s annual net profit fell for the first time since 2015 after its shares tumbled amid brewing questions about the effectiveness of its services.

The Shenzhen-listed company Wednesday reported its net profit fell 2.9% to 387 million yuan ($57.62 million) last year due to rising costs for sales and technology development, as revenue rose 21% to 2.5 billion yuan.

BGI Genomics mainly provides gene researching and testing services to clients across the globe. Some of its largest clients include state-owned China National Tobacco Corp. and the University of Oxford. The company has also established China’s first national gene bank, which opened in 2016.

BGI Genomics’ stock more than doubled in the first six months after its initial public offering (IPO) in July 2017, but the market turned on it the following January as the public began questioning the effectiveness of its tests.

In July, Chinese tech news site Huxiu reported that an infant in Central China’s Hunan province was born with birth defects even though BGI Genomics prenatal tests indicated little risk of genetic abnormality. In its annual report, the company noted that the public concerns sparked by the story hurt its reputation and brand image.

The company is one an emerging group of fast-growing biotech companies that have been tapping financial markets. It debuted on the Shenzhen Stock Exchange’s Nasdaq-style ChiNext board in July 2017 in a 484 million yuan listing.

In April 2018, Hong Kong instituted new rules allowing biotech firms to list on the city’s exchange even if they had yet to make a profit. Among those that listed were WuXi AppTec Co. Ltd., which raised more than $1 billion, and Shanghai Junshi Biological Medicine Technology Co., which raised $394 million, according to Reuters.

Since listing, however, some of these companies have suffered sharp drops in their stock prices due to vaccine scandals and the government’s push to lower drug prices.

Han Wei contributed to the report.