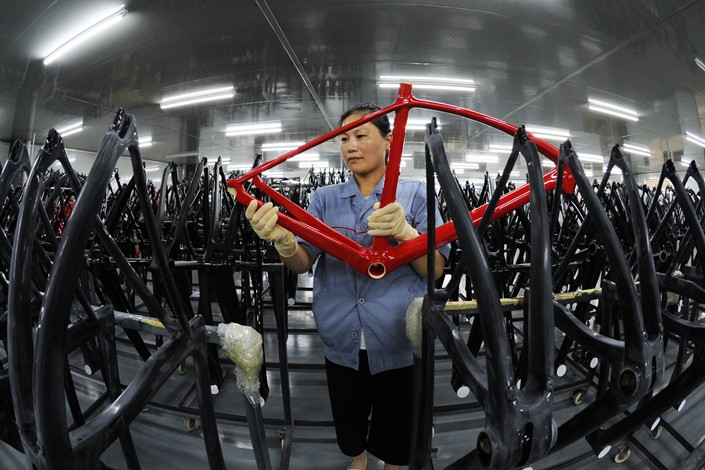 Profits tumbled by three-quarters at a pair of suppliers to China’s top two bike-sharing operators as the industry hit the brakes after several years of breakneck growth.

After experiencing a massive boom in 2017, China’s bike-sharing market shifted into a slower gear last year as investors tired of providing millions of dollars in fresh funds needed to keep the duo of Mobike and Ofo rolling. Cost cutting by both firms has, in turn, dampened business for makers of bikes and bike components like Shanghai Phoenix Enterprise Group Co. Ltd. and HL Corp. (Shenzhen).

But all of that has suddenly changed. Ofo is reportedly on life support as it struggles to pay its obligations, while Mobike is also undergoing an overhaul after being purchased last year by internet giant Meituan Dianping.

Phoenix said delayed payments from its bike-sharing operator clients had a “significant impact” on its business. HL Corp. said a 90% drop in orders from shared-bike clients caused its bike component sales to fall by 17.3% last year.

The bicycle industry had been slowing for a long time as growing numbers of Chinese switched to cars and major cities built new mass transit systems as the country modernized. The bike-sharing industry helped to briefly reverse that trend, but now the impact has begun to dissipate, said Zhao Zhanling, an intellectual property researcher at the China University of Political Science and Law.

The company’s fortunes first picked up in 2017 when Ofo signed a deal to buy 5 million of its bikes. That business helped Shanghai Phoenix to earn a 1.4 billion yuan in revenue that year, more than double the amount in 2016.