By Liu Yanfei and Cao Yanjun 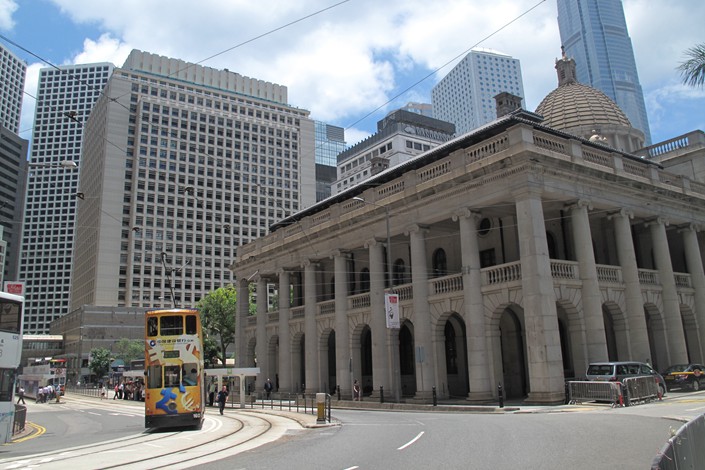 In the more than two decades since the end of British rule in Hong Kong, the city has reached extradition agreements with 20 jurisdictions — but none with its closest neighbors, the Chinese mainland, Macao and Taiwan.

The neighboring mainland province of Guangdong has repatriated over 184 fugitives suspected of crimes in Hong Kong since 2000. However, the city has never reached a reciprocal agreement with the mainland due to concerns about maintaining the “one country, two systems” principle that allows Hong Kong to be a region of China while maintaining its own legal system.

But a violent crime last year sparked a series of legislative proposals that could change the status quo.

The new legislation could also affect fugitives wanted for economic crimes on the mainland, including some that have reportedly taken up residence in Hong Kong luxury hotels.

The crime that touched off the debate occurred in February 2018, when 20-year-old Hong Kong resident Poon Hiu-wing was killed while on vacation in Taiwan. A key suspect in the case, her boyfriend Chan Tong-kai, fled home to Hong Kong and was arrested there a few weeks later on charges of theft and selling stolen goods.

Hong Kong court documents show that Chan, who was 19 at the time, admitted to investigators that he had strangled Poon after finding out that she was pregnant with her ex-boyfriend’s child.

Taiwan authorities issued an arrest warrant for Chan in December. But because there is no extradition agreement between Hong Kong and Taiwan, Hong Kong authorities did not agree to deport Chan to Taiwan. Neither could Chan be prosecuted for murder in Hong Kong, since the city’s laws on murder only apply to crimes committed within its borders. The issue returned to the headlines earlier this week when Chan was found guilty of money laundering for using Poon’s ATM card after her death, and sentenced to 29 months in prison.

Chan’s case drew the Hong Kong government’s attention to the city’s current lack of extradition arrangements with Taiwan, Macao and the Chinese mainland.

To close that loophole, the Hong Kong government’s Security Bureau in February proposed amendments to the Fugitive Offenders Ordinance and the Mutual Legal Assistance Ordinance that would allow fugitives to be extradited on a case-by-case basis to any jurisdiction not covered by a current treaty — including the Chinese mainland.

Some worry the bill could leave Hong Kong residents vulnerable to unfair trials in other jurisdictions, like Saudi Arabia, according to Philip Dykes, chairman of the Hong Kong Bar Association.

Bar association member Randy Shek questioned the necessity of the amendment. If the intention was to close the loophole highlighted by the Taiwan murder, the Hong Kong government could simply amend its own legal definition of “murder” to cover crimes committed against Hong Kong people abroad, Shek said.

Such an arrangement is “contrary to social justice,” but is a necessary concession if the government wants to obtain support for the bill amid objections from Hong Kong’s business community, Ronny Tong, a member of Hong Kong’s Executive Council, told Caixin.

In fact, the second document would only provide “limited protection” to some economic fugitives, as many economic criminals face multiple charges, including charges not excluded under the proposed amendment, Simon N.M. Young, deputy dean of the School of Law at Hong Kong University, told Caixin.

The prospect of extradition has rattled some of Hong Kong’s wealthiest residents — former mainland officials and businesspeople suspected of economic crimes, who sometimes seek refuge in the city’s luxury hotels.

The Four Seasons Hotel, dubbed the “north-facing watchtower” by Chinese media and featured in the 2017 mainland anti-corruption drama “In the Name of the People,” has been a convenient hiding place for fugitives suspected of economic crimes on the Chinese mainland, multiple sources told Caixin.

Chen Yongzhong, a senior partner at the mainland-based Guangdong Jinqiao Baixin Law Firm, said some Hong Kong-based lawyers had recently contacted him to help get their clients out of Hong Kong and back onto the mainland before Hong Kong amends its laws. The hope, Chen said, is to secure lighter sentences for the clients by allowing them to surrender voluntarily instead of being extradited if and when the new legislation becomes law.

Meantime, it’s unclear if Chan, whose original crime sparked the extradition debate, will ever stand trial for murder. Hong Kong’s Legislative Council will be on summer recess from July to October, while Chan could be released from prison as early as October. That leaves legislators only two months to push the bill through if Chan is to be extradited before his potential release, after which he could flee Hong Kong, Tong said.