By Wang Luyao and Ren Qiuyu 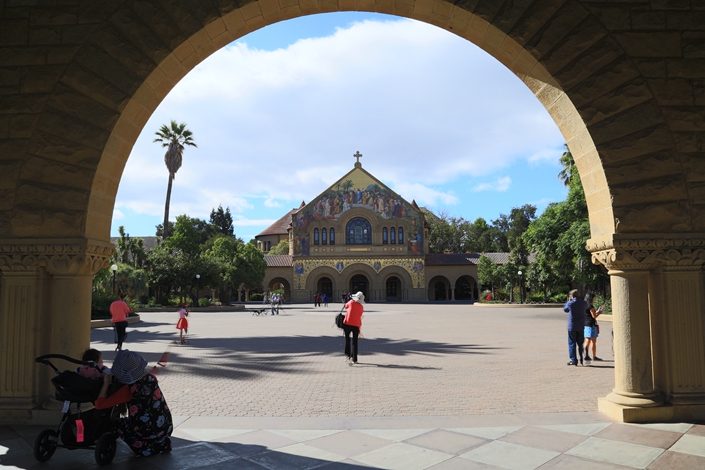 A Beijing pharmaceutical tycoon is providing strong new competition to U.S. celebrities Felicity Huffman and Lori Loughlin, becoming the latest person pulled into a college admissions bribery scandal that has fascinated the world.

The Los Angeles Times reported on Thursday that the parents of a Chinese student, Yusi Zhao, had donated $6.5 million to a foundation run by college consultant William “Rick” Singer for admission into Stanford University in April 2017. Although 50 families have been charged in the scandal, Zhao’s family has not. It is unclear whether Zhao and her parents are under investigation.

Yusi Zhao is the second student from China to be implicated in the massive admissions scandal, though the money paid by her family is far higher than the $1.2 million paid by the Guo family to ensure their daughter Sherry’s admission into Yale University. Both students have been expelled from their respective universities.

The Stanford student is the daughter of Zhao Tao, the chairman of the listed Shandong Buchang Pharmaceutical Co. Ltd. He is the eldest of the four sons of the company’s founder, Zhao Buchang, and holds a 49.79% stake in the company. According to Forbes, Zhao Tao is worth $1.8 billion and holds a Singaporean passport.

From the end of 2009 to 2010, Buchang Pharmaceutical, known for its treatments for cardiac and cerebral vascular diseases, received $200 million to $300 million in private investment, including $80 million from investment bank Morgan Stanley.

According to the Los Angeles Times, a financial advisor at Morgan Stanley named Michael Wu introduced the Zhao family to Singer.

Parke Muth, a former admissions officer at the University of Virginia who now runs his own admissions consulting service, told Caixin that the admissions scandal is “nothing new” in an era of intense competition for university placements. The use of an intermediary to compete for places at prestigious American universities is very common in China and has developed into a huge industry. “There have always been people taking tests for other people. There have always been rich people who give huge amounts of money so the school will let them in,” he said.

However, he said that if parents want their children to get into top schools, the right thing to do is develop their strengths, not falsify admissions information.

Intermediaries usually only provide support for part of the admissions process, but Singer provided a “one-stop shop” for admissions. The Stanford Daily reported that Yusi Zhao was expelled in April due to fraudulent material on her application. Singer had falsified a list of sailing achievements on Zhao’s resume to get her recruited onto the sailing team, because athletic students in specialty sports have an advantage in the admissions process.

The coach of the sailing team, John Vandemore, did not ultimately help the applicant “in any material way,” according to legal documents, but “the applicant was eventually admitted to Stanford, in part because of forged sailing credentials.” The applicant is believed to be Zhao. According to prosecutors, Singer made a $500,000 donation to the Stanford sailing team through his foundation after Zhao’s admission.

Vandemore is believed to have helped two other students get into Stanford as part of the sailing team, both of whom were the children of Singer’s customers. Subsequently, Singer paid $110,000 and $160,000 to the Stanford Rowing Team through the Key Worldwide Foundation. Both Singer and Vandemore have pleaded guilty.

In addition to athletics, Muth said that donations to a university can also help a student’s application. If a student is very close to meeting admission standards and the family donates generously, the school is less likely to reject the student, he said. However, donations are not guarantees, and Muth warned that “one lump sum (donation) looks like a bribe” — a death sentence for an application. “European and American parents will donate to the school over a long period of time” rather than use a large, one-time donation, he said.

The L.A. Times reported that the Zhao family believed that their $6.5 million donation to the Key Worldwide Foundation would go toward paying teaching staff, scholarships and other student projects at Stanford. The payment was made one month after Zhao received her admission notice.

Muth was suspicious that the family was told their donation would go toward scholarships, though the Key Worldwide Foundation claims that it helps poor students and provides funding for college sports. Vincent Law, a lawyer representing Yusi Zhao’s mother, maintains that she was led to believe the payment was a donation.

Caixin’s efforts to contact relevant parties and lawyers for the Zhao family were unsuccessful.