It’s Official: 'The Wandering Earth' is China's Second Biggest Film of All Time 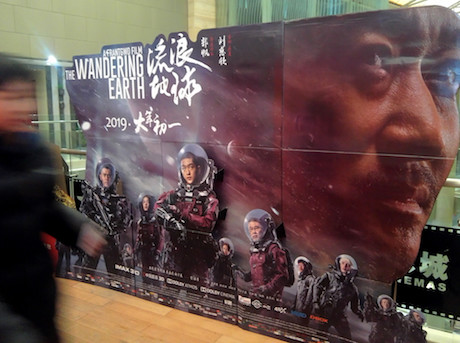 Chinese sci-fi blockbuster "The Wandering Earth" has concluded its three-month box office run, which makes it official: It is now the second highest-grossing film in China of all time, according to online ticketing platform Maoyan.

The film wasn’t quite able to best the top-ranked “Wolf Warrior,” the country’s most successful film ever.

“The Wandering Earth” earned a total of 4.65 billion yuan during its time in Chinese theaters, which began exactly 90 days ago on the first day of Chinese New Year.

The latest Hollywood blockbuster "Avengers: Endgame," however, is already giving "The Wandering Earth" a run for its money. The superhero film has earned 3.91 billion yuan so far, after only two weeks in Chinese theaters.