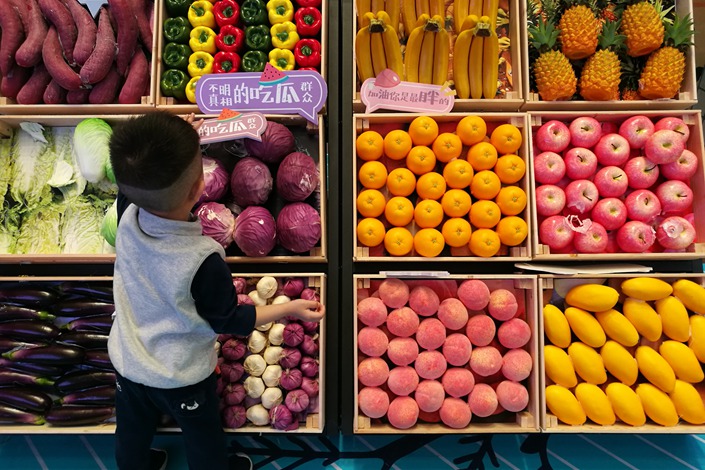 China’s consumer price index (CPI), which measures the prices of a basket of consumer goods and services, rose 2.5% year-on-year (link in Chinese) in April, a high not seen since an identical growth rate in October, according to the National Bureau of Statistics (NBS). The reading met the median forecast for a 2.5% increase by a Bloomberg survey of economists and accelerated from a 2.3% increase the previous month, then a five-month high.

The pickup in consumer inflation was mainly driven by faster growth in food prices, which increased 6.1% year-on-year on average in April, up from a 4.1% rise in the previous month. Due to disrupted supply amid a nationwide outbreak of African swine fever, the average increase in the price of pork soared to 14.4% from 5.1% in March, according to the NBS.

The producer price index (PPI), which tracks the prices of goods circulated among manufacturers and mining companies, inched up 0.9% year-on-year in April, the highest in four months, NBS data showed (link in Chinese). That compared with a 0.4% increase in March and economists’ median forecast for a 0.6% increase. The rise was partly driven by faster growth in charged prices in the oil and mining sectors, with both prices in the oil and natural gas exploitation and ferrous metal mining industries climbing more than 10% year-on-year.

“The industrial sector still has a lot of slack and corporate investment has only started to stabilize,” HSBC Global Research economist Jingyang Chen said in a note. “This suggests a gradual demand recovery and modest support to industrial sector inflation in the coming months.”

In general, supply-side factors have likely driven up both CPI and PPI growth, but there are few signs of a demand-driven pickup in inflationary pressures, said Julian Evans-Pritchard, an economist with research firm Capital Economics.

“Looking ahead, higher food inflation will probably continue to push up (the) CPI in the coming months. But with economic growth unlikely to stage a strong recovery and industrial commodity prices likely to drop back before long, we don’t see much further upside to (the) PPI and non-food CPI,” he said in a note.