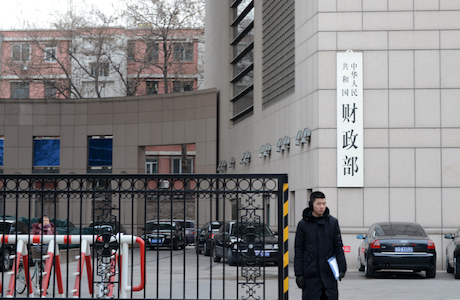 Growth continued to slow for some of China’s key government revenues in April due to a slowing economy and new tax-reduction policies, according to the latest data from the Ministry of Finance.

The country’s general public budget revenue climbed 2.8% year-on-year in April to 1.9 trillion yuan ($279.1 billion). The growth rate was 30% slower than that of March.

The country’s total tax revenues for the month grew a low 2.5% from the previous year to 1.7 trillion yuan. Individual tax and corporate tax revenues declined 35.7% and 2.2% year-on-year respectively.

Beijing plans to cut a whopping 2 trillion yuan worth of taxes and fees for 2019, according to the annual government work report released in March.