Opinion: Chinese Businesses Will Endure As Trade War Rages On 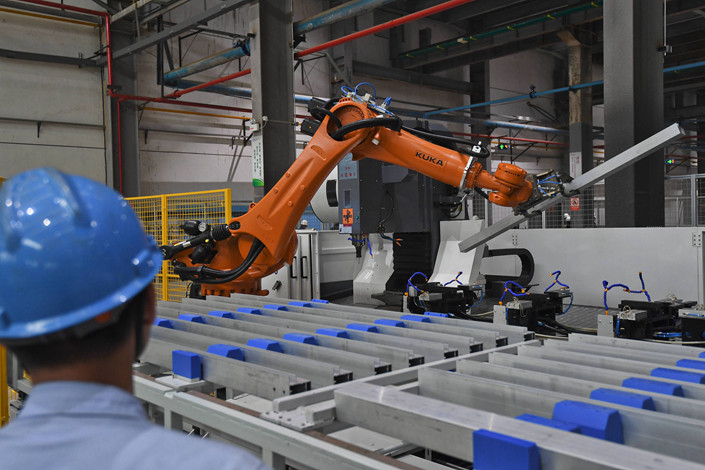 The enduring spirit of the Chinese private sector can be seen in the sagacity with which businesspeople are responding to the current trade war. There is widespread determination that China must not give in, regardless of the economic cost.

Many companies have already accounted for the impact of the trade war and adapted their businesses. Wages have risen in coastal provinces, where skilled migrant workers are fewer than in previous decades, as many now choose to stay in the hinterland to take advantage of stronger economic growth rates and a better balance between cost of living and wages. Higher tariffs in the U.S. will not lead to the stampede to Southeast Asia predicted by Western media.

Most supply chains upon which Chinese businesses depend are in China, not the region, and many companies have little choice but to remain at home. The steady migration south of lower-cost Chinese manufacturing over the last five years has anyway begun to push up wages in Thailand and Vietnam to the point where costs in sectors such as appliances and household goods can be 10% to 15% more than in China. Chinese factories in the southern countries compete increasingly for the diminishing pool of local workers.

As Chinese companies hunker down to endure the trade war, some with slim margins and poor access to capital will fail, but a significant number have the profit margins to adapt and share some of the pain with their U.S. customers. Many of the products that America buys from China cannot be procured from other countries at the same quality and prices. It is the U.S. companies and the American consumer that will suffer most in this conflict.

A majority of Americans, even if they disapprove of their president’s erratic performance, have now accepted the fallacy that Chinese trade practices are the root cause of their economic problems. In the face of the false economics and fulminations from the White House, unity and patriotism in China are deepening, officials and businesspeople are drawing on their strong historical legacy of cooperation and working together to weather the storm.

China is not, and is far from becoming, a global or economic superpower. It is a significant economic power, but has all the obligations of a developed country while lacking institutional development and suffering from the insecurities of a developing country. It is only 80th per capita GDP globally and has few strategic allies and many economic adversaries and competitors. The U.S. runs the global financial system upon which China depends for its trade, and China lacks the means through its currency or domestic financial institutions to marginalize the U.S. role.

With its innate entrepreneurial spirit in the private and public sector, China will continue to grow steadily, adding value to its own and the global economy. As its grassroots economic forces radiate through society, the Chinese Communist Party will continue to adapt, market forces will strengthen and the state’s influence on business will wane, leaving SOEs to take responsibility for their own borrowing and investing practices, without being underwritten by Beijing.

China cannot and does not aim to be a dominant force in the world. U.S. economic power will be diminished not by the rise of China, but only by the actions of the US itself.

When the present empty political rhetoric fades and the fear subsides, Americans may come to remember that the partnership with China of the last three decades has been essential to their own and China’s prosperity, and that any shared future common wealth depends upon a balanced, harmonious U.S.-China relationship. It may take a decade to arrive at this recollection. The wider confrontation between China and the U.S. will jar for a generation.