China: No Trade Concessions on ‘Key Matters of Principle’ 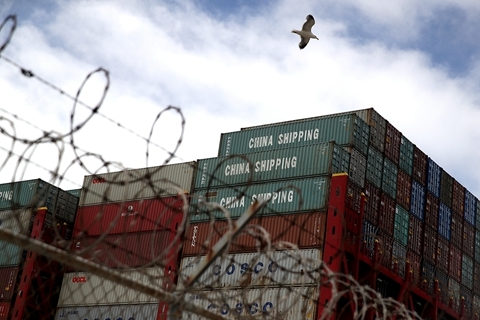 The world’s two biggest economies showed no signs of backing down in their trade dispute as China’s commerce and foreign ministries blasted a series of new measures imposed by the U.S. as sabotaging negotiations.

“There are principles for cooperation, and there are bottom lines in negotiations,” China’s Commerce Ministry spokesman Gao Feng said Thursday at a routine press conference in Beijing. “China won’t make concessions on key matters of principle.”

The comments came after the United States and China imposed new tariffs on each other and the U.S. put a number of Chinese companies on an export blacklist. Independent analysts said the trade war appears increasingly to be shaping up as a new cold war around advanced technology, significantly complicating the future for negotiations.

The United States should “show sincerity” and “correct wrong actions” if it wants to continue negotiations with China, Gao said. Talks are likely to resume only on the basis of equal treatment and mutual respect, the communications official said.

After the U.S. announced an increase in tariffs on $200 billion a year of Chinese goods to 25% from 10% earlier this month, Beijing retaliated by raising levies on $60 billion annually of U.S. imports.

The U.S. government also imposed sanctions on 10 Chinese companies and three Chinese individuals for allegedly violating international arms control restrictions on exports to Iran, North Korea and Syria, according to a notice published Wednesday by the U.S. Department of State in the Federal Register. No government agency may procure or enter into any contract for the procurement of any goods, technology, or services from these companies and individuals, according to the notice.

Washington is “using state power to suppress Chinese companies,” which not only seriously disrupts regular business cooperation between the nations’ enterprises but also seriously threatens the security of the global industrial supply chain, Gao said.

China’s foreign ministry issued a similar response, saying China is open to resuming trade talks with the U.S., but sincerity and mutual respect are needed.

Lu said the U.S. actions have harmed the vital interests of relevant enterprises and countries and are clearly not conductive to creating a benign environment for negotiations.

The recent actions against Huawei and other Chinese tech companies make some believe the U.S. trade conflict with China is increasingly becoming a technology war.

America’s concerns over China’s rise as a power in key technologies for the future such as artificial intelligence, quantum computing, and 5G wireless communications have risen to such high levels that they are generating a broad response of treating any cooperation with China in technology as a zero-sum game, he said.

Triolo said he expected that the Huawei issue in particular will make it very difficult to get trade negotiations back on track in the near term.

One solution for breaking the standoff would be to treat advanced technology separately in the trade talks and make a small-scale deal, suggested Derek Scissors, a China specialist at the American Enterprise Institute in Washington. “But neither side has wanted to do that, so far,” he said.