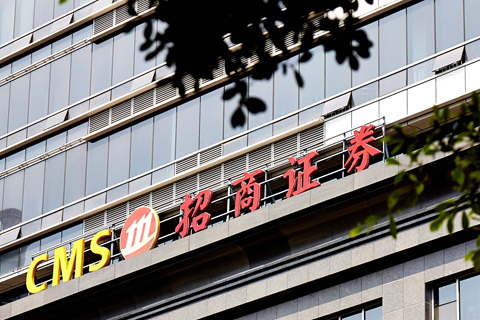 It was the second Hong Kong regulatory blow in a week for the brokerage. China Merchants Securities (Hong Kong) Co. (CMS Hong Kong) was penalized for regulatory breaches and internal control failures related to illegally transferring clients’ funds. The number of illegal transactions totaled about 800, according to the SFC.

CMS Hong Kong was fined HK$27 million Monday for breaching its duties as a sponsor of a HK$1.8 billion initial public offering a decade ago. The SFC accused the brokerage of failing to carry out proper due diligence in the 2009 listing of China Metal Recycling Ltd., a now-defunct scrap merchant.

In its Thursday statement, the SFC said the 800 illegal transactions involved HK$68,000 to HK$308 million between October 2011 and September 2014. The money was used for the company’s own purposes in violation of the city’s rules on management of client funds.

Safe custody of client assets is a fundamental obligation of licensed corporations, and any transgression of this obligation cannot be tolerated, the SFC said. During the three-year period, CMS Hong Kong breached this obligation and failed to comply with the rules, the regulator said.

CMS Hong Kong reported itself to the Hong Kong securities regulator in September 2014, the SFC said. Investigations found that CMS Hong Kong transferred some client funds to its own corporate accounts to repay loans, lend to other clients, make investments or pay business costs.

There is no evidence that CMS Hong Kong caused any loss for clients, according to the SFC. Most of the money was returned to client accounts on the same day, the SFC said.

The regulator also cited other misconduct by CMS Hong Kong, including repeated errors in transferring clients’ money. Between 2008 and 2014, the company also made 75 transfers of between HK$1 million and HK$245 million of client funds to its accounts in the Hong Kong stock exchange to keep its deposits in the accounts in compliance with requirements for trading, the SFC said.

The Hong Kong securities regulator has stepped up scrutiny of market practices and taken a tougher stance against those who fail to meet their obligations.